Of course, so are all members of the Church of England and many other denominations for that matter. But, as the interviewee in the following news report clearly shows, by funding the legal actions of their masters which aim to maintain homophobia as legally allowable throughout the world, Roman Catholics are all constructively part of the continuing institutional prejudice against gay people promoted by their denomination, in a far more real and enabling way than members of most other mainstream religions. Any Roman Catholic who is truthfully against the continuation of such homophobic actions, at least those aimed to influence decisions outside of their own denomination, should simply not give any money whatsoever to the Roman Catholic hierarchy. There are plenty of Roman Catholic charities through which money is only given to specific good causes that Roman Catholics of integrity could (should) give their offertory to each week. There is no law stating that they have to pay "a tax" to their church so they cannot use the same, perfectly valid, excuse that pacifists can claim when they are forcibly made to hand over money in legal taxes, much of which goes towards killing people in foreign lands.

From ON TOP MAGAZINE: 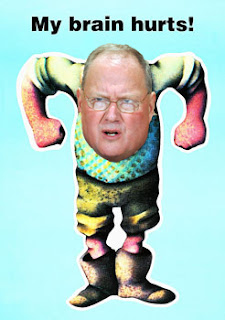 New York Archbishop, Timothy Dolan, has banned marriages between members of the same sex from taking place in Roman Catholic churches. The New York State Legislature recently enacted a law that recognized same-sex union as marriage in the State of New York.

“The marital union between one man and one woman was universally accepted by civil law* as a constitutive element of human society, which is vital to the human family and to the continuation of the human race,” Dolan wrote in his official statement issued last month.

Rosemary Palladino, an attorney who plans to wed her partner of 38 years stated in reply, “The bill was not about making Catholic Churches or other churches perform marriages for same-sex couples. It was about making civil marriage available to same-sex couples, regardless of what religion they follow or don't follow.”

“I especially wonder how many of their members approve of the fact that their donations are being used to wage these legal battles,” she added.

*Well that's bollocks for a start. There are plenty of countries in the world where civil law no longer makes that claim, so it's hardly "universal," and, of course, the fact that the New York legislature has passed a law that overrides such previous law within its legislation also gives the lie to the disingenuous, self-hating clergyman's statement.