Congratulations to Gene Robinson who yesterday celebrated the eighth anniversary of becoming bishop of the Diocese of New Hampshire. And congratulations to the Holy Spirit for inspiring such an excellent choice. When I started blogging Gene was a celebrity, always in the news for being "the first openly gay bishop." Nowadays you hardly ever hear about him. He has become ordinary. Thanks be to God! Slowly, slowly catchy monkey we will overcome. 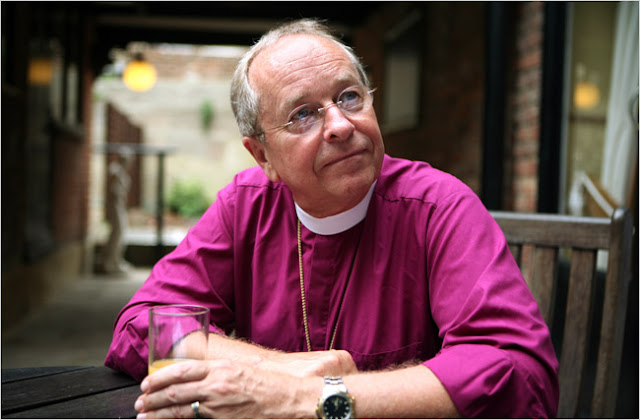 Posted by Rob at A GARDENERS DIARY:

I would like to thank everyone for sending Tommy best wishes. I can report that there has been no more sickness since the other night. I have reduced the amount of medicine that he has just in case what is left in the bottom of the bottle is a bit strong and so causing him to be sick. (See yesterday's prayer list)

Egypt's ruling generals have announced the pardon of 334 Egyptian civilians who were sentenced in military tribunals since the uprising that toppled President Hosni Mubarak in February.

Pakistan’s government announced Wednesday it would normalize trade with its giant rival and neighbour India, a sign of better ties between two nuclear-armed nations whose tense relations have long poisoned South Asia.

I think I am fighting a head cold.. or something. Perhaps that is why I am not sleeping right. I am also fighting scabs on my face again. This time on the lower part. I am putting the cream on my cheeks to make sure I do not get skin cancer. So I do not want to be seen in public right now.

Posted by Tim at FOLLOWING THE VOICE WITHIN:

For the better part of 7 years, I have been in a relationship with a sweet, wonderful and loving young man. As all relationships do, we have had ups and downs over the years and we grew apart over the past year and a half while he took care of his Dad back east. When he returned, we decided that he should live on his own so he could grow and mature as an individual. This further precipitated our growing apart. About two weeks ago, we got together and spent the day. During that time, we talked a lot about each of us as well as 'us' and we both decided it was best that we should look towards NOT getting back together as a couple, but find folks who are more in tune with where we are and are going. In truth, it was more of an acknowledgment of the facts on the ground than anything else.

One fifth of Bangkok is now under water as Thailand's worst floods in half a century spread through the capital, prompting warnings for affected residents to evacuate. Many people, however, have ignored the advice, choosing to stay in their inundated homes despite risks including electrocution and disease as well as shortages of food and drinking water. 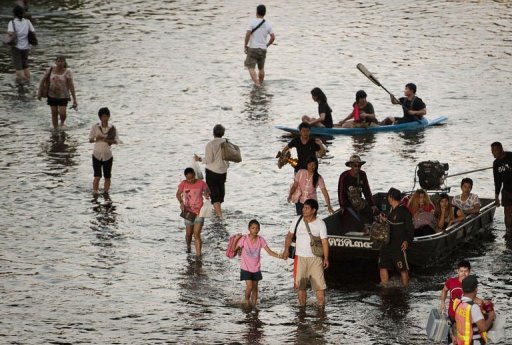 Sanna, the capital city, and Taez in southern Yemen went through a couple of days of quiet which was broken by an armed conflict this morning that caused at least 12 deaths and left 40 injured. Witnesses say that a confrontation between government troops and militia supporting protesting demonstrators erupted into armed conflict.