Ian Thomas, 64, was taking his German schnauzer Monty out for an early morning walk when he was struck by a bolt so powerful he would have been killed if he had not been wearing wellington boots. The bolt threw Mr Thomas, who is the Mayor of Redruth in Cornwall, into the air and knocked him out.

He regained consciousness when five-year-old Monty, who had also been struck, began licking his face. Mr Thomas struggled to stand but only managed to stagger several paces before he collapsed. He managed to wrap his arms around Monty, who responded by dragging him the 100 yards home. Mr Thomas' shocked wife Sharen, 42, then took him straight him to hospital.

Mr Thomas suffered burns to his head and hip and had to spend four days in hospital but has since made a full recovery. 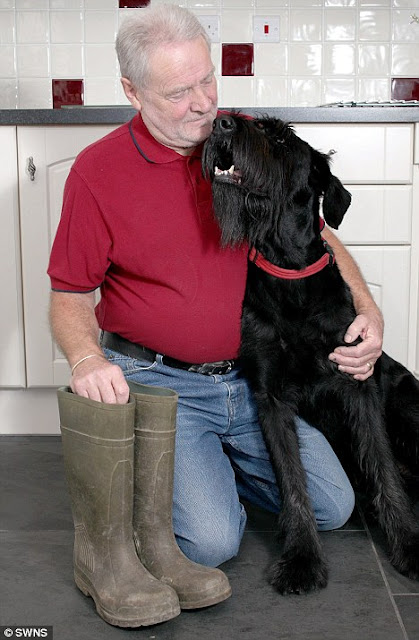 Kathryn Rose is our "Brick Of The Week" (see post below) but for showing great faithfulness and intelligence instead of running away scared of the thunder like many dogs would, Monty is OCICBW...'s