Our friend, Cathy, has had her temporary, 6 month contract at a national newspaper made permanent.

The Occupy Wall Street demonstrations are blossoming into something far more beautiful than just a demand for economic reform as this post by Doug at COUNTERLIGHT'S PECULIARS shows so well:

Attended an interfaith prayer service down at Liberty Plaza today. Buddhist monks, rabbis, Catholic priests, and Protestant ministers participated. We had a surprisingly large crowd. I expected the campers down there not to be into the whole religion thing, but a lot of them joined in. We opened the service with this radical anthem written by a lesbian to protest the takeover of the American landscape by banking and railroad interests. 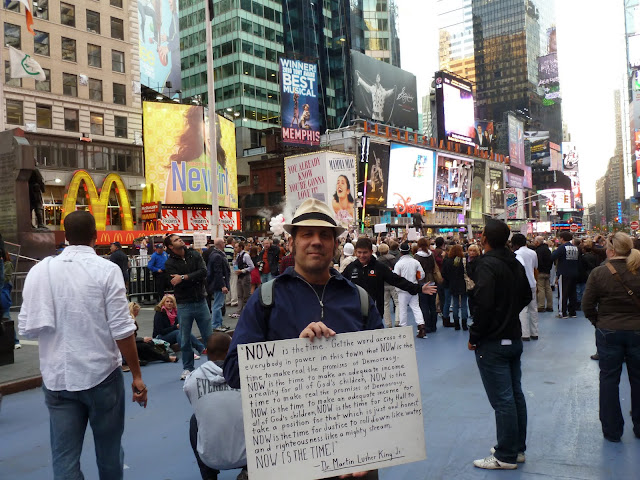 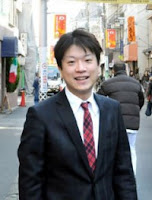 Taiga Ishikawa, the first openly gay politician in Japan to win an election, Tuesday hailed the result as a victory for the rights of sexual minorities.

"I hope my election victory will help our fellows nationwide to have hope for tomorrow, as many of them cannot accept themselves, feel lonely and isolated and even commit suicide," he told AFP.

Poland’s first transsexual lawmaker vowed Monday to campaign for the rights of gender minorities and make predominantly Catholic Poland more receptive to transsexuals and homosexuals. In an interview with The Associated Press, Anna Grodzka said the time has come for sexual minority groups in Poland to enjoy the right to legal partnerships, job security and state funding for medical sex change procedures.

"Enough of this concealing of the truth," Grodzka said. "This group of people, even if small, has its rights and they should be respected. They should not be pushed into oblivion."

It's Margaret at LEAVE IT LAY WHERE JESUS FLANG IT is having an extremely frustrating time trying to sell her house and it's getting her down.

Jamie Hubley, a 15 year old boy from Ottawa, committed suicide on Saturday after pouring out his difficulties of being a gay teenager on the Internet.

Jamie Hubley’s goodbye letter appears on a blog that gave so many signs of what was to come: powerful images of other young people attempting suicide after being bullied, dark self-harm mantras and pictures of razor-sliced skin.

Less than a week ago, an anonymous commenter told the 15-year-old openly gay student from Ottawa to stop hurting himself, to believe that he has something to live for. The comment was met with a curt “No.”

“I don’t want to wait 3 more years,” he wrote Saturday in his last message to the world. “This hurts too much. How do you even know It will get better? Its not.” 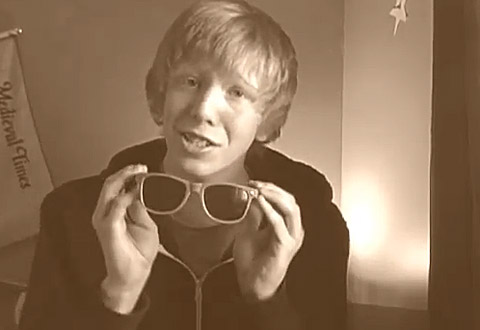 Roman Catholic Bishop, Robert Finn, of Kansas City in Missouri, has been charged with covering up suspected child abuse after failing to alert police to a priest (Reverend Shawn Ratigan) who kept graphic computer images of minors. Church officials are alleged to have conspired to destroy the evidence.

On the home front a few days ago, I found the picture of Fr Shawn that the young miss took down from the refrigerator. I was cleaning up in the pantry and in some high places. It was stuck to the bottom of a jar lid. Not for recycling, I threw it out.

I pray for these two men, but I admit the inner difficulty. The antigospel has poked out at my daughter, who knows her favorite priest is now accused of gravely criminal conduct. She knows her friends were among those used by him.

An Italian (Roman) Catholic priest who was about to travel to a clergy meeting was shot dead Monday in his remote southern Philippine parish. The Rev. Fausto Tentorio was approaching his car when a gunman shot him several times within the church compound in North Cotabato province's mountainous Arakan townshi. Tentorio, a native of Santa Maria Hoe town in Italy's Lecco province, was dead on arrival at hospital. He was 59. 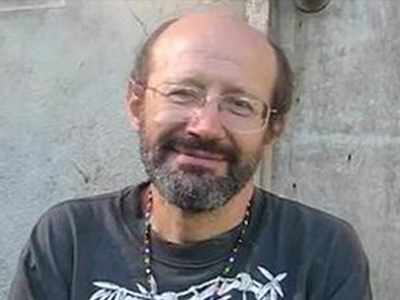 Thai soldiers and government workers in Bangkok are racing to reinforce the capital's northern flood defences with 1 million more sandbags. Officials said early Monday that the flood threat to the city had passed. But authorities have discovered new weaknesses in barriers erected north of the city, where an industrial estate was inundated Monday. They say they have until Wednesday evening to shore up the flood walls.

The flooding has also affected millions of people in Cambodia, Laos and Vietnam. More than 300 people have died in Thailand, where the flooding is described as the worst in 50 years. Vietnam on Tuesday said the death toll there has reached 55. 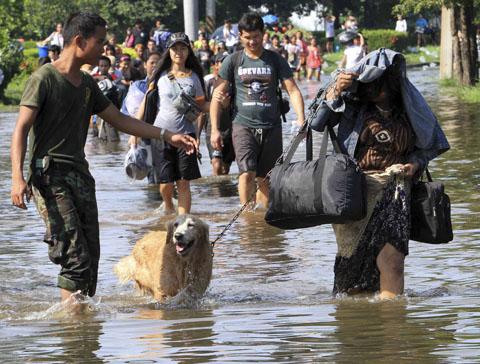 From THE DAILY STAR (Lebanon):

Two protesters were killed and many others wounded on Tuesday as gunmen loyal to President Ali Abdullah Saleh opened fire at a demonstration in the Yemeni capital. Dozens of demonstrators were wounded or hurt by tear gas.

UK inflation jumped to a three-year high last month as energy bills rose sharply, tightening the squeeze on households. The Office for National Statistics said consumer price inflation rose to 5.2% in September, up sharply from 4.5% in August and also above the economists' consensus forecast for 4.9%. It was the highest rate of inflation since September 2008.