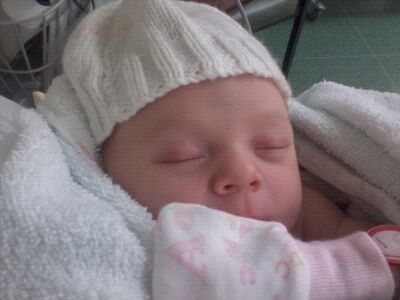 This is Isla. She was born in the wee small hours of Saturday morning. She is Father Kenny's granddaughter.

Congratulations to Song at WITH A SONG IN MY HEART. Yesterday she was confirmed in the Church of England. She writes:

I felt a great peace, which is still with me, and erupts into joy. Some of you might call that the Holy Spirit. I am not certain, but prefer to say this is what I felt, what I feel.

Happy Birthday to my Facebook friends, Sue and Bobby.

The death toll from torrential rains in Central America over the past week has almost doubled since Saturday, with a further 25 lives lost in El Salvador. A tropical depression that swept in from the Pacific on Wednesday caused mudslides and chaos on roads and forced thousands of people to abandon their homes in the chain of countries between Mexico and South America, killing 81 so far.

Fighter jets and helicopters have been flying overhead since Kenyan forces moved en masse into Somalia on Sunday. The invasion came one day after Kenyan defence officials said the country has the right to defend itself against al-Shabaab militants after a string of kidnappings inside Kenya.

Iran's supreme leader has warned that any "inappropriate" action by the United States in connection with Iran's alleged plot to kill the Saudi Arabian ambassador in the U.S. will bring a "decisive response." Ayatollah Ali Khamenei said Sunday that Iran will respond to political or security-related actions by the United States.

The world's population is due to reach 7 billion on Oct 31, according to the UN Population Fund. In sub-Saharan Africa, the demographic news is mostly sobering as the region staggers under the double burden of the world's highest birthrates and deepest poverty. The regional population of nearly 900 million could reach 2 billion in 40 years at current rates, accounting for about half of the projected global population growth over that span.

"Most of that growth will be in Africa's cities, and in those cities it will almost all be in slums where living conditions are horrible," said John Bongaarts of the Population Council, a New York-based research organisation.