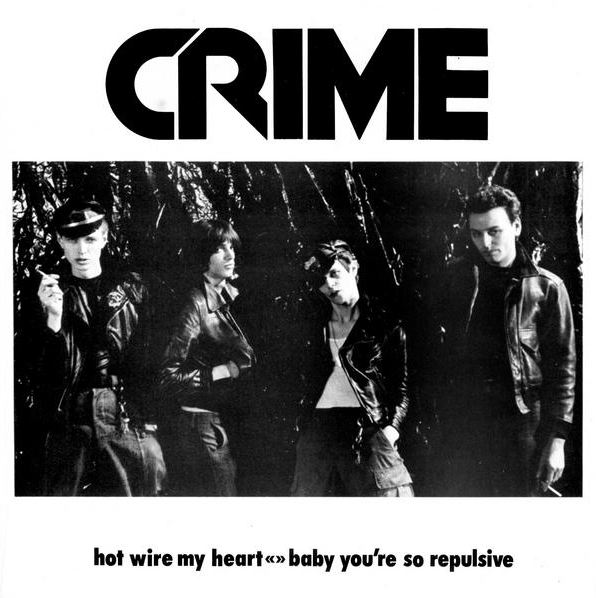 We go all the way back to 1976 for our ration of loudness this week.

The band's sound was characterized by simple rock-and-roll arrangements played at intensely high volumes. Michael Goldberg, critic for New York Rocker magazine, wrote in 1978: "Crime play loud. So loud that the plate glass window at the opposite end of the club shakes, tables tremble and people hang onto their drinks. Loudness may be Crime's only musical raison d'etre. This band is a literal translation of the concept 'minimal.' Drummer Hank Rank thumps out a simple Bo Diddley beat that is only adequate in the context of the rest of the band. Bassist Ron the Ripper coaxes a thick rumble from his amp that reminds one of the thunder of a bulldozer rolling over rugged terrain. And the guitar playing of [Johnny] Strike and Frankie Fix make you feel like you've been forcefully held underwater for the full 25 minutes of the set."
(WIKIPEDIA) 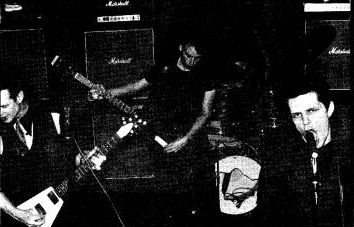