Although OCICBW...'s BABELICIOUS BISHOP CAMPAIGN has not received an official acknowledgement from anybody important in the Church of England, it is becoming very apparent that the important people have taken our perfectly sensible suggestions on board and are now actively pursuing a policy of appointing well fit birds to some of the most prestigious posts in CofE PLC. The following report shows just how seriously they are now taking the charism of drop dead gorgeousness when it comes to making new token appointments. 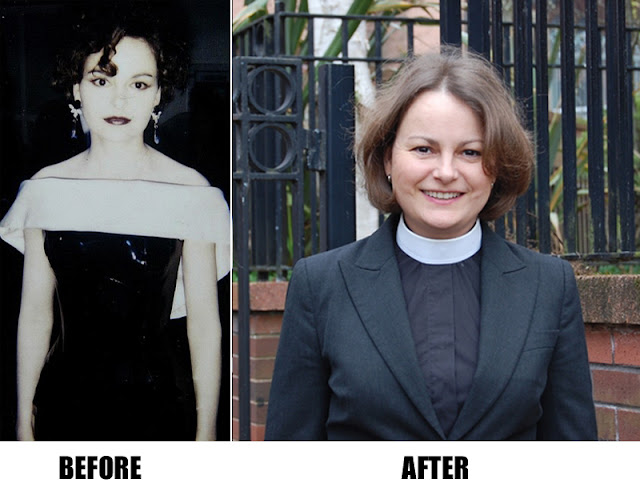 Shannon Ledbetter starred with Pierce Brosnan in the 1997 film Tomorrow Never Dies, but quit showbiz for theology and was ordained in 2003. She has now been inducted as a canon of Blackburn Cathedral.

And the canon, who is well used to dealing with a macho man with old-fashioned views about the fairer sex, is looking forward to fighting the prejudices faced by women in the church.

She said: “I’m happy to embrace the challenge of changing people’s minds.”

Canon Ledbetter appeared on the covers of Just 17 and Good Housekeeping magazines during her modelling career after being spotted waiting for a bus in London, aged 21. She got the chance to star in the Bond film when a costume director friend called and asked her to wear a £250,000 PVC dress in a scene and she describes it as a “high point” of her previous career. 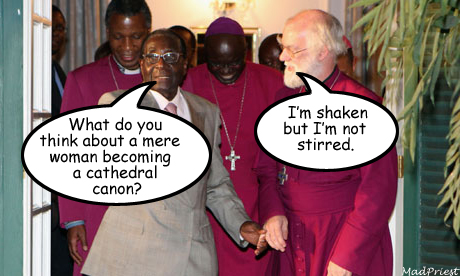