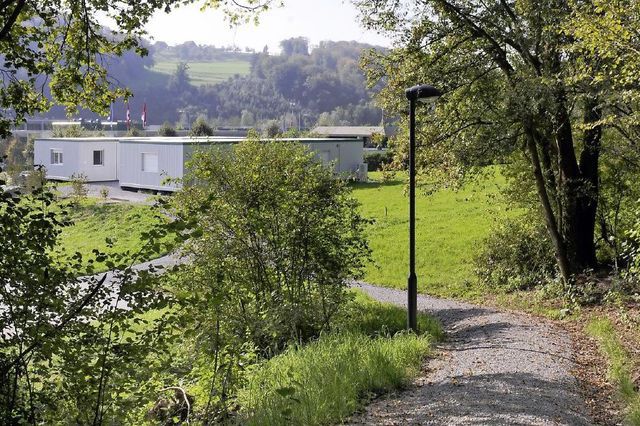 Newcomers to the quiet town of Birmensdorf near Zurich, are generally lead on a pleasant walk through town. Large yellow signs point out the way to the city’s barracks and to the treasured “Paradiesliweg” that goes through the Reppisch river valley. The guide will usually lead the visitor through a residential neighborhood on the way. But for 19 new arrivals, who recently moved into two trailers right next to the barracks, there is a completely different route. For them, the town expanded an old trail that connected the two trailers directly to the somewhat uninteresting main street, passing though a small piece of the forest. City workers cleared the trees and did the planning. The trail is now a roomy gravel path, lit up at night. The idea: Thanks to this path, the 19 asylum seekers can go “directly from the train station to the trailers without passing through the neighborhood,” as Annegret Grossen, head of social services, said of the town’s hopes for the asylum trailers.

The agreement with the town’s residents is that the asylum seekers should remain as invisible as possible. Not only are they building the new pathway, they are planting bushes in front of the asylum seekers’ lodging - “to disguise the the building from outsiders,” as Mayor Steiner put it. As as far as furnishing the homes, the community insisted that they would not offer any “unnecessary luxuries.” So the residents there sleep in bunk beds and sit on used sofas. Televisions are second hand. A part of the $627,000 spent on construction went towards an outdoor sitting area decorated with tree trunks, which are “strong and easy to clean.”

Not everyone in Birmensdorf thinks the asylum seekers are being treated fairly. One long time resident said that the “Refugee trail” is reminiscent of the “Jewish trails” that existed in European ghettos. He says he is particularly bothered by the fact that the loudest protests came from new arrivals in the town. “And half of them are foreigners themselves,” he says.

COMMENT: It's not so much the fact that was local opposition to the refugee centre that is disturbing as such protests would happen pretty much everywhere (people are just like that). It's the fact that the Swiss legal system actually allows such blatant discrimination and, well, fascism, that's the really scary thing. 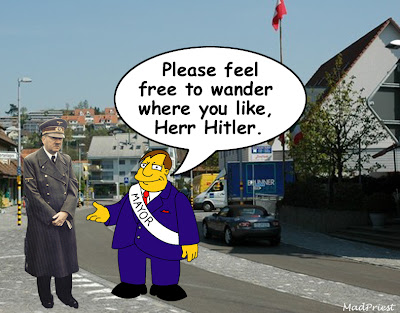