Posted by one of THE TWO AUNTEES:

My ex wife had asked us to make her a baby blanket for a niece's new arrival and she came over yesterday to pick it up. We had a nice discussion about how family is doing and it was all pleasant. She had talked with my sister who is taking care of our mother almost full time, my sister asked my ex to ask me if we could watch mother one day a week so they could do yoga. I was floored to say the least. I will say it again, when you pray for things to happen you can be specific because you just never know how far your prayers can go or take you.

Friends of Kay and Sarah will realise just how wonderful this, on the surface mundane, piece of news is.

Congratulations to Bosco Peters of the LITURGY website. With circa 75000 followers he is now officially New Zealand's most popular Twitterer (or whatever those who hang around Twitter call themselves).

Alan has got a new job which means a move for the Neighbourhood's newlyweds. Read all about it at LESLEY'S BLOG.

Three of our friends need to be included in our prayers even though they cannot give full details of their predicaments.

I am in the midst of a serious household crisis that directly involves the cats and our entire home. We are desperately in need of prayers from the OCICBW... community. I know this group has worked some miracles. Do I ever need one now!

Grandmère Mimi spends most of her energy caring about other people and there are a lot of other people at the moment about whom she is greatly concerned. This has made our normally chirpy septuagenerian friend feel rather low and stressed out.

Viv at ZEN AND THE ART OF TIGHTROPE WALKING suffered "a blow" yesterday which kept her awake all night.

Please add to the prayer list, Jeff Pierce, member of the Episcopal Church of the Transfiguration, Dallas TX. His muscular dystrophy has progressed to the point that he can only breathe with a machine. He choses not to live that want and entered hospice care today, surrounded by friends and family praying the Litany for the Dying. A love of Jesus and a fierce fighter for the rights of the LGBT community. May this stage of his journey be brief and comfortable.

Jewish settlers or their supporters are suspected of setting a mosque in an Arab village in northern Israel on fire. A carpet was burned and interior walls damaged at the mosque in Tuba-Zangria in the Galilee region. The words "price tag" were spray painted on the building - a reference to a settler practice of attacking Palestinians and their property in retaliation for government operations against settlements. Several weeks ago the government destroyed unauthorised structures in an illegal settlement outpost in the West Bank - an operation that was followed immediately by another mosque blaze. 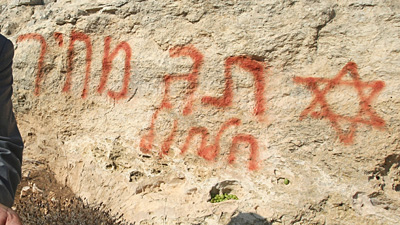 Syrian security forces killed at least 10 protesters demanding the ouster of President Bashar al- Assad as dissidents created a council to coordinate efforts to end his 11-year rule. The killings occurred yesterday in the central governorate of Homs, the northern province of Idlib and the southern area of Daraa, where the uprising against Assad began in March. Government agents carried out raids on homes overnight and into the early morning, arresting many in the suburbs of the capital Damascus.

For a extremely saddening report on the plight of those trying to escape the terror in Syria check out REUTERS.