Prayers of thanksgiving, please: Sharon is out of bed and walking around. She may come home tomorrow. Thanks be to God!

Today is Luiz Coelho's birthday.
Luiz was one of the original OCICBW... gang
and a genuinely lovely man.

Please pray for my daughter, Anne, who is going through a difficult time financially and emotionally as a struggling single parent in Boston.

My cousin was married for a short time to a young man from Nepal. He just lost two of his three brothers and a sister-in-law in a plane crash this past weekend in Nepal. Please pray for Anjan and his family as they grieve for their great loss. Please pray for the others on that flight and their families. There were nineteen on board, including flight crew.

I would appreciate it if you would add my mother to the prayer list. You may remember I requested prayer for her back in July. Since then she has had a very spotty recovery and now has had a few setbacks, including another emergency surgery on Sunday. She worries all the time about her inability to bounce back, which exacerbates her condition and so she is stuck in a vicious circle of decline right now.

I pray that God will grant her the grace to accept His healing as it unfolds and freedom from her worries so she may actually heal.

My dad just had a squamous cell carcinoma cut out of his scalp (leaving a two inch stitched incision). So if there are any spare prayers laying about...

Two days after Saudi King Abdullah’s decision to allow women to participate in elections, two Saudi women were punished for breaking the ban on female driving: One was sentenced to 10 lashes by a court in Jeddah and another was detained in Riyadh.

Eight policemen were killed in an attack on a police checkpoint early Wednesday near Lashkar Gah in Helmand province, a city that is seen as a pioneer in transition from NATO to Afghan control over security. Three police were wounded in the attack.

EU-brokered talks between Belgrade and Pristina were delayed Tuesday after the latest surge of violence on the disputed Serbia-Kosovo border left four NATO troops and six Serb protesters wounded. 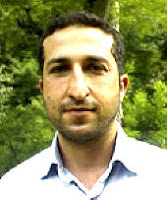 Iranian pastor Yousef Nadarkhani has twice refused to recant his Christian faith during two court hearings held in Rasht, Gilan Province on September 25 to 26. Sources close to Christian Solidarity Worldwide (CSW) indicate that recanting will again be demanded at sessions scheduled for September 27-28, and that if he continues to refuse, he will be executed thereafter.