Please pray for Sharon, due to have brain surgery on Thursday.

Please remember two pressing concerns of mine. (They are not life threatening, but are large problems.)

From THE NEW YORK DAILY NEWS:

Jamey Rodemeyer, a 14-year-old boy who once recorded an anti-bullying message, was remembered at a vigil two days after taunts from his schoolmates led the teen to commit suicide. Jamey, whose parents says he was targeted by school bullies over his sexuality, was found dead outside his family's home on Sunday.

"He touched so many hearts, so many people," his mother, Tracy Rodemeyer, told the Buffalo News. "I didn't realize how many people he touched. He was the sweetest, kindest kid you'd ever know."

In his blog, Rodemeyer wrote painfully about his life including one message posted just days before his suicide.

"I always say how bullied I am, but no one listens. What do I have to do so people will listen to me?"

I live and minister in the Williamsville, NY area, not far from the school Jamey attended. This is not the first suicide in the area, as you might imagine. Please pray for his middle-school principal who is a member of my church who has worked very hard with Jamey and has an excellent relationship with his parents. She's been receiving lots of hate email, blaming her for his death. I guess bullying comes in many forms.

Almighty God, the Father of our Lord Jesus Christ, who desireth not the death of a sinner, but rather that he may turn from his wickedness, and live...

... we pray for Troy Davis and Russell Brewer who were both executed yesterday in the United States. May they enjoy God's mercy.

We pray for all those affected by the crimes linked to these two men. May they enjoy the peace of God that passes all understanding.

We pray for those involved in and concerned about the justice system of the United States. May they enjoy the wisdom of God who seeks redemption and not revenge.

The powerful typhoon that hit Japan on Wednesday has been making its way across the country, bringing floods, damage and deaths. At least 10 people have been killed by Typhoon Roke, with many others missing or injured. The storm, which caused winds of 162km/h (100mph), passed near the capital Tokyo and the damaged nuclear power plant at Fukushima. One of the main worries was that the heavy rain could force radioactive water from the crippled nuclear plant into the sea. 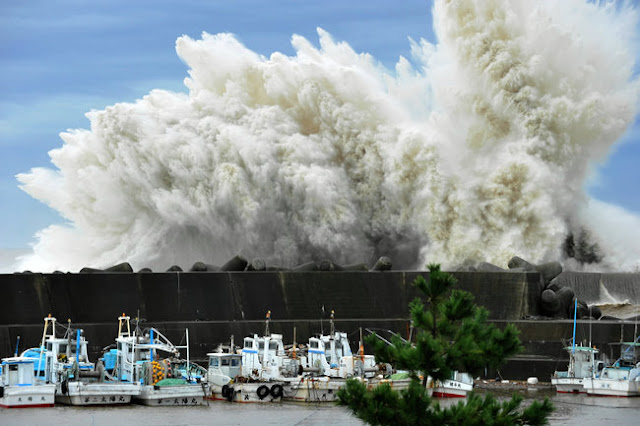 Over the weekend, a Somali radio station run by the Shabab, the most powerful Islamist militant group in the war-ravaged country, held an awards ceremony to honor children who were experts at Shabab trivia and at reciting the Koran. The prizes? Fully automatic assault rifles and live hand grenades.

Rival troops battled in the streets of the Yemeni capital for a fifth straight day Thursday, following the failure of a diplomatic bid to end the deadliest violence since mass anti-regime protests swept the country. In all, some 85 people, mostly unarmed civilians targeted by security forces or caught in the crossfire of the rival military units, have been killed in five days of clashes that first erupted on Sunday.

British Culture Secretary, Jeremy Hunt, has condemned cage fighting among children as young as eight as "barbaric" and expressed shock over an apparent lack of restrictions on the activity. His comments came as it emerged police are to investigate whether two boys were put at risk by taking part in a bout at Greenlands Labour Club in Preston in front of a 250-strong adult audience. A video of the battle posted on the internet shows the youngsters fighting in a cage without protective padding or head gear and receiving medical attention.