Posted by Dave (a.k.a. The Arkansas Hillbilly)
at HILLBILLY MUSINGS:

I think Gracie (my dog) is going to be OK. She's really sore, but she's up and walking around now, which is much better than she was a few days ago when it happened. We managed to get current enough that foreclosure has been stayed off for now, and we're working with our lender to keep the house because they don't want to have to try to sell it either. I've called the VA, and while there really isn't anything they can do for my back, they are going to get me in to see a mental health provider soon and I am having lunch with my priest today to try to bury the hatchet.

Suicide is something that stays in the back of my mind, but it's not something I think I could go through with yet. As things keep piling up, I feel more and more inadequate. Having that option, one that could provide for the well being of my family when I can't seem to do it, is so tempting though. I mean, a father is supposed to provide for his family, right? But knowing that there are people out there that care does help."

Thank you all again. You really did save my life.

Posted by Sherry at A FEATHER ADRIFT:

Anyways, as I am wont to say, things are better on this side of the Mississippi. I’m not sure what I wish to say about it, but suffice it to say that a claim was placed against our property, and disproving it required a lot of disparate documents, that we were afraid might be long gone.

Well, they weren’t, and so far we have disproven most of the claim. We are still waiting for a few things to arrive.

We have, however determined that our window of opportunity for moving this year is really closed. So we will wait until spring. We will continue to get things ready and hopefully next year all will go smoothly and with much less anxiety. I’ll be way ahead on the packing for sure!

Thank you all for the remembering prayers. The procedure came out well. I had a fully occluded artery that was successfully reopened and had four stents inserted. The time for the procedure used the time I could be subjected to the radiation and dye, so I will be doing it again on the 15th for two partially blocked arteries. But now, a day later I am doing and feeling well. (My Emphasis)

So, bad news and not so bad news. I have today been diagnosed with colorectal cancer. Have not seen specialists yet, this is from biopsies after colonoscopy. Gut doctor think it is early stage and that surgical removal will handle it. Given the size of it (substantial colon blockage), I have my doubts. Next step, CAT scan and visit surgeon. Will keep you advised. those who pray, please do! Otherwise, kind thoughts appreciated.

Awaiting path reports on thyroid cancer. Don't want prayers for cure, just for not being fearful.

Ignore her, everybody. We're praying for the cure.

Hey Jonathan, several personal challenges facing me and am in need of prayers. Thanks!

Prayers for Daniel - facing many health challenges at this time.

Please add our best friends, Pat and Brian. He is in hospital with an array of issues that says they are not taking care of themselves at home. She has bronchitis and other issues. Even their dog is ill.

Posted by It's Margaret yesterday at
LEAVE IT LAY WHERE JESUS FLANG IT:

A special shout-out for my sister having a skin cancer lesion removed from her forehead and thank you for the possibility of Joel's surgery to regain his sight today. 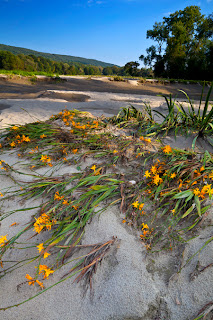 We continue to pray for those of our friends in the States who are still recovering from the recent bad weather, fires and floods.

We’re recovering here from the floods, hitting it hard in order to get cleaned up before winter.

A commercial flower grower in the town of Deerfield took it hard, lost many acres of effort, and the top-soil as well.

Political machinations have put a marriage amendment on the ballot in North Carolina in May 2012. The scheming in this whole thing has been disgusting. The date of the election was chosen to match the Republican primary, thus facilitating the turnout of the most rabid right-wingers and depress the turnout of those in favor of equality.

Two of four miners trapped in the flooded Gleision Colliery have been found dead, police have confirmed, but experts say they are continuing to pump in oxygen in a bid to keep the remaining men alive.

The Pakistani Taliban declared Friday they will target the weddings and funerals of anyone involved in pro-government activity against them.