He kept it very quiet (e.g. he didn't tell me when I went out for dinner with him three weeks before the happy event) but I can now reveal that our good buddy, Paul Bagshaw, of the world famous, NOT THE SAME STREAM blog, made a decent woman of his much, much better half two weeks ago. I would give you more details of the ceremony but Paul sold sole coverage rights to "Hello Magazine." His wife is a wonderful person, and Paul's not a bad bloke either. It's a marriage made in heaven and we wish them a joyous life together.

Tonight I am thankful for the life of DOROTHY B, a long-time friend whose requiem was today. I am thankful for all the bridge games, food, laughter, tears, and hugs we shared. She changed my life and for that, I am doubly thankful. 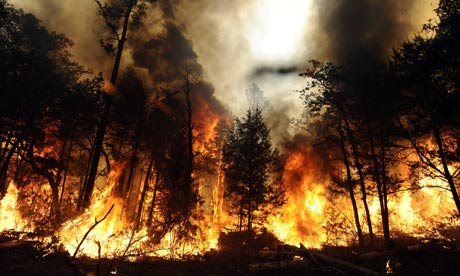 The fires near Bastrop, Texas have burned more than 500 homes and 30,000 acres of forest and ranch lands, and they are not contained at all at this point. We have had a major cooling off in north Texas: it went from 98 on Sunday to 86 on Monday and wqill be in the 80s this week, BUT there is no forecast of rain, which is the only thing now that will subdue the fires.

For an extremely detailed catalogue of the damage caused by the fires in Texas check out the post "Living In Hell And Renting Out Texas" at ADVENTUS.

A family of 8 were killed on Sunday in Plateau State, Nigeria, bringing the number who have been killed in the last week to 40. Christians are living in real fear and dare not even attend church on Sundays. Please pray for this situation.

Steven Grisales, 21, protested when assailants threw conkers at him as he walked towards a London railway station last month. Moments later he was knifed in the chest. He died of his wounds in hospital the next day. Four people have now been arrested in connection with his murder, two 15-year-old boys, a 19-year-old man and a 16-year-old girl.

A man armed with an AK-47 assault rifle opened fire Tuesday morning on a group of uniformed National Guard members as they ate breakfast at an IHOP restaurant in Carson City, Nev. He hit all five Guard members, killing three of them, and killed another woman and wounded five other people before taking his own life. 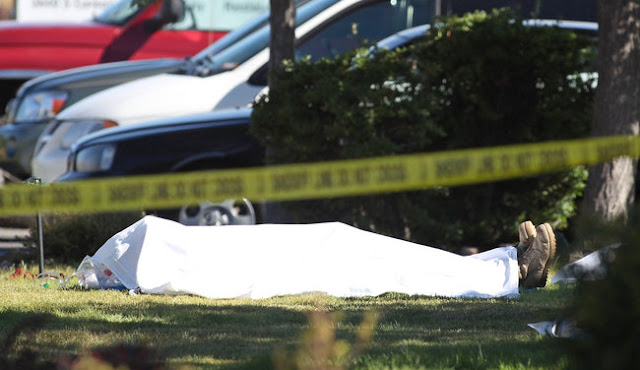 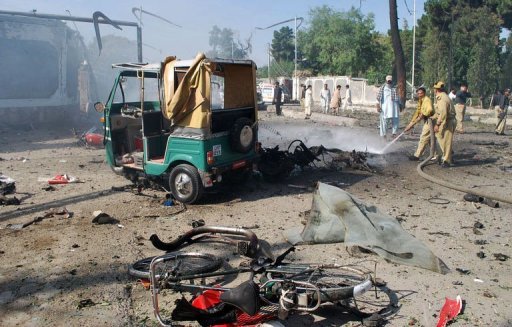 A bomb apparently hidden in a briefcase has exploded outside India's high court in New Delhi, killing nine and wounding at least 45.