Girls no longer will be allowed as altar servers during Mass at the cathedral of the Roman Catholic Diocese of Phoenix, SS. Simon and Jude. The Rev. John Lankeit, rector of the cathedral, said he made the decision in hopes of promoting the priesthood for males and other religious vocations, such as becoming a nun, for females. 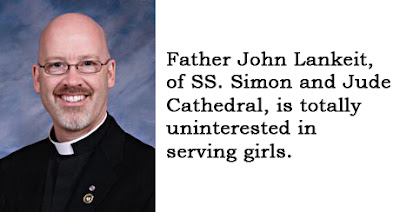