Relatives of Australian bushranger Ned Kelly have reacted with anger to plans to put a collection of his bones on public display. The headless skeleton of Kelly, who was hanged for murder in the Old Melbourne Jail in 1880, was found jammed into an axe box buried under the city's now-disused Pentridge Prison.

Mr Stephen Corner, a spokesman for the Victorian Institute of Forensic Medicine, said, "These are historical remains of historical significance and we think it is reasonable in this particular instance."

But when Anthony Griffiths, the great grandson of Kelly's sister Grace, heard that the Victorian Government was planning to put the bones on display, he was appalled.

'To do that would be recreating something out of medieval times,' he said. 'This plan is macabre and disgusting.'

Kelly's skull, which had been displayed next to the bushranger's death mask in the Old Melbourne Gaol, was removed from the jail in December 1978 and its whereabouts remain a mystery.

COMMENT: Well, I don't know about the ethics of all this but, at least, I can clear up one mystery... 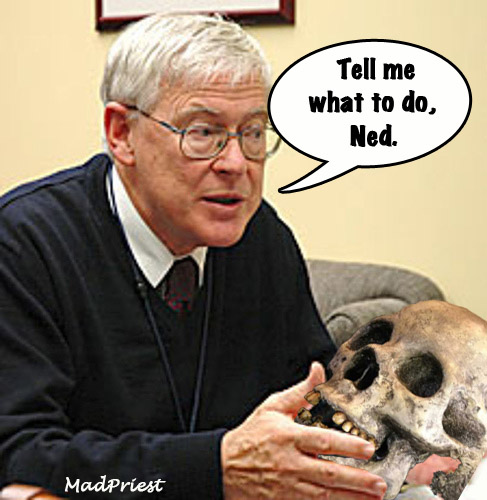