Pakistani police say a suspected suicide car bomber has killed 10 people and wounded at least 17 others, in the southwestern city of Quetta. The blast occurred today , as hundreds of people were leaving a mosque following Eid al-Fitr prayers. The festival marks the end of the Muslim fasting month of Ramadan. 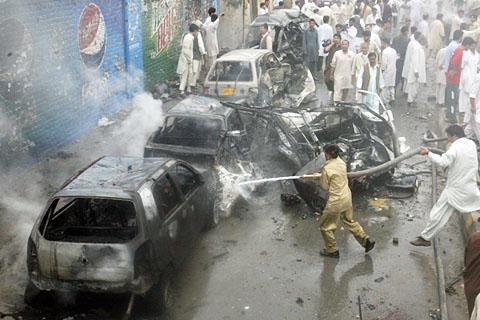 Three suicide bombers blew themselves up late on Tuesday in the Chechen capital, Grozny, killing five policemen and a passer-by and wounding more than 20. Two more policemen died later of their wounds. It happened as the Russian Muslim region celebrated the end of Ramadan.

The Sudan government is targeting a border region with airstrikes, forcing residents to live in caves and under the bushes to avoid the "indiscriminate" bombardments. At least 26 people have died and dozens wounded in the airstrikes in the Nuba Mountain areas of South Kordofan state. The attacks started in June, and have forced more than 150,000 people to flee their homes.

A 14-year-old Bahraini was killed today during a crackdown on an anti-government demonstration in Sitra. Ali Jawad Ahmad was participating in the rally when he was shot directly with a tear-gas canister by Bahraini security forces.

Syrian government security forces and tanks have carried out fresh raids on houses in central Syria, searching for anti-government activists in an ongoing crackdown against dissent. The raids on Wednesday included troops in the flashpoint city of Hama. The operations come a day after the United States announced it is widening sanctions on Syria.

As emergency airlift operations brought ready-to-eat meals and water to Vermont residents left isolated and desperate, states along the Eastern Seaboard continued to be battered by the after effects of Irene, the destructive hurricane turned tropical storm. Dangerously damaged infrastructure, 2.5 million people without power and thousands of water-logged homes and businesses continued to overshadow the lives of residents and officials from North Carolina through New England, where the storm has been blamed for at least 44 deaths in 13 states.
Raging floodwaters continued to ravage parts of northern New Jersey Wednesday morning, even after the state's rain-swollen rivers crested and slowly receded. The Passaic River crested Tuesday night, causing extensive flooding along its course and forcing a round of evacuations and rescues in Paterson, the state's third-largest city. 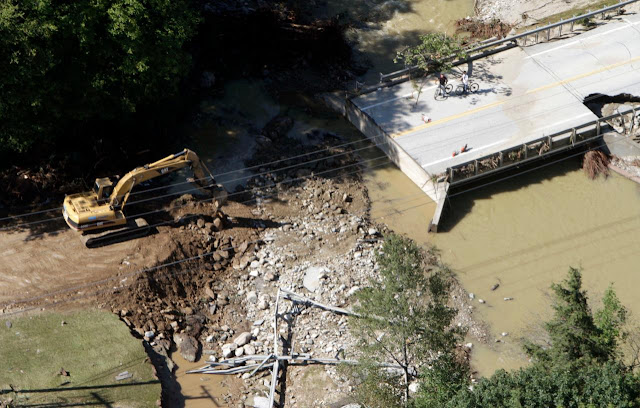