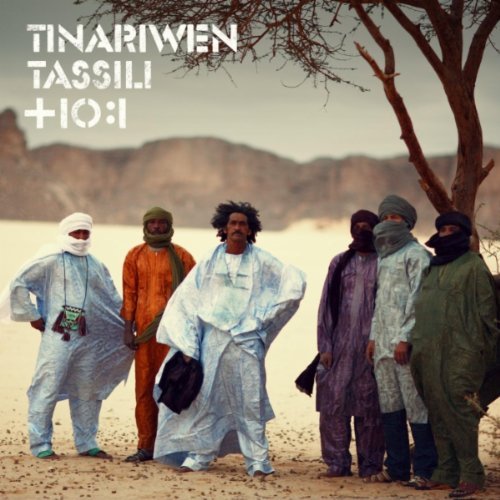 Those of you who have been hanging around here for a while will know that I am a great fan of the Mali, guitar band, Tinariwen. I must have played tracks off all their albums at some time in the past and I’m going to play you more of them tonight because their new album has just hit the racks. It’s an acoustic affair, very laid back, but as mindblowingly good as usual. Even if you don’t normally listen to world music do give it a go. Theirs is a groove that transcends musical genres. You will hear the roots of much western music in these tunes and, most especially, the delta blues. Their music also takes you back into the past, thousands of years, maybe tens of thousands. Jesus would have hummed along to this album.

The last track in this mix features The Dirty Dozen Brass Band from New Orleans which should mean that at least Grandmère Mimi will give it a listen even if no one else can be bothered.

Tinariwen was founded by Ibrahim Ag Alhabib, who at age 4 witnessed the execution of his father (a Tuareg rebel) during a 1963 uprising in Mali. As a child he saw a western film in which a cowboy played a guitar. Ag Alhabib built his own guitar out of a tin can, a stick and bicycle brake wire. He started to play old Tuareg and modern Arabic pop tunes. Ag Alhabib first lived in refugee camps and later resided with other Tuareg exiles in Libya and Algeria.

In the late 1970s Ag Alhabib joined with other musicians in the Tuareg rebel community, exploring the radical chaabi protest music of Moroccan groups like Nass El Ghiwane and Jil Jilala; Algerian pop rai; and western rock and pop artists like Elvis Presley, Led Zeppelin, Carlos Santana, Dire Straits, Jimi Hendrix, Boney M, and Bob Marley. Ag Alhabib formed a group with Inteyeden Ag Ablil, his brother Liya, Ag Ablil, and Hassan Ag Touhami in Tamanrasset, Algeria to play at parties and weddings. They acquired their first real acoustic guitar in 1979. While the group had no official name, people began to call them Kel Tinariwen, which in the Tamashek language translates as “The People of the Deserts” or “The Desert Boys.”

The group first started to gain a following outside the Sahara region in 2001, with the release of The Radio Tisdas Sessions, and the performances at Festival au Désert in Mali and at the Roskilde festival in Denmark. Tinariwen has variously been described as “the most compelling of any band” (Songlines), “the most rock’n’roll of them all” (The Irish Times), “hard-bitten” (Slate.com), “dramatic” (The Independent) and “fecking brilliant” (OCICBW…) (citation needed). WIKIPEDIA 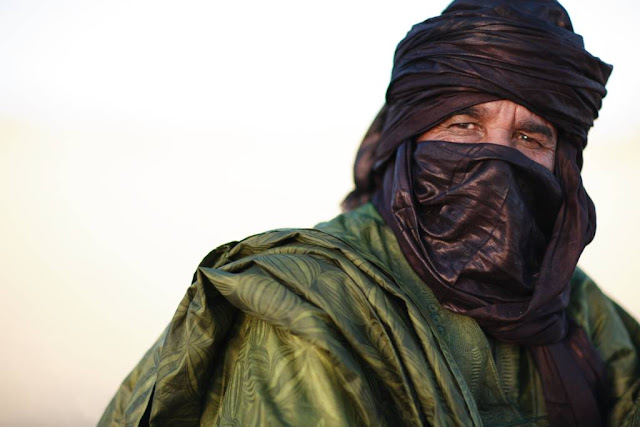