The captain of Germany's national football team Philipp Lahm said he is not gay, in excerpts of his new book released Monday.

"First, I am not a homosexual. I am not married to my wife Claudia for appearances and I do not have a friend in Cologne with whom I really live," Lahm wrote in the book entitled "A Subtle Difference."

"This speculation doesn't matter to me," he said. "I have nothing against homosexuals and I find that there is nothing wrong with homosexuality."

"But it never ceases to amaze me that these isolated types, who tell these stories, can have a lot of influence on public opinion. Philipp Lahm - homosexual? do you not have anything more important to talk about?" he said. 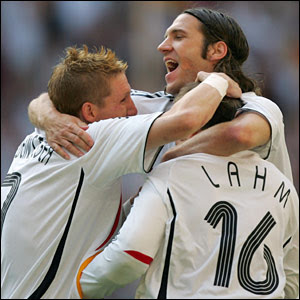