A contributor to a jihadist website has threatened US talk show host David Letterman because of a joke the comic made on his show. The contributor, who identified himself as Umar al-Basrawi, was reacting to what he said Letterman did (drawing his finger across his throat) after the US military announced on June 5 that a drone strike in Pakistan had killed al Qaida leader Ilyas Kashmiri.

"Is there not among you a Sayyid Nosair al-Mairi ... to cut the tongue of this lowly Jew and shut it forever?" al-Basrawi wrote, referring to El Sayyid Nosair, who was convicted of the 1990 killing of Jewish Defence League founder Meir Kahane.

Letterman is not Jewish. 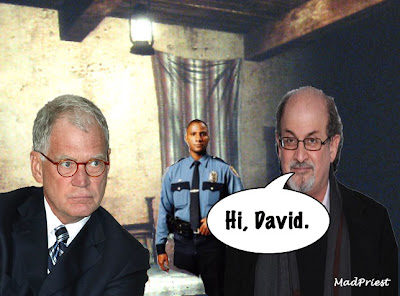