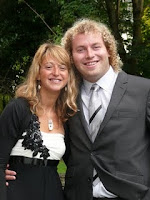 I am finally able to tell you that Younger Son and Girlfriend got engaged a couple of weeks ago! While on holiday in Italy they went diving and Younger Son proposed underwater.

We love Girlfriend and we're very pleased that now we have a wedding in Italy in September 2012 to look forward to!

Posted by Sir at WHY DO WE HAVE TO DO THIS, SIR?:

I’d forgotten what fun going to church can be. At St. Local’s the pervading culture is one of enabling, of affirmation, of encouragement and of support. People come and tell you that they enjoyed what you said, or how helpful they found it, or how nice it was to hear another voice out there. They tell you that they have thought about what you said or how they felt challenge and they thank you for bothering.

When I asked my new vicar if she wanted me to submit my sermon in advance so that she could check it for doctrinal error she was astounded.

Please pray for Savannah and Chris who are dealing with the twin disasters imposed on America, unemployment and State bureaucratic incompetence.

My husband Ken is in his final week of treatment for throat cancer. The end of radiation is torturous. Please pray for his patience and courage, as well as physical strength to heal.

Please pray for Birmingham (England). Last week was horrendous, and we've been there before; there's a vast amount of work to be done if we're ever to build a society where everyone can grow up with a future and a stake in their community, so they're not tempted to go out and smash it up. 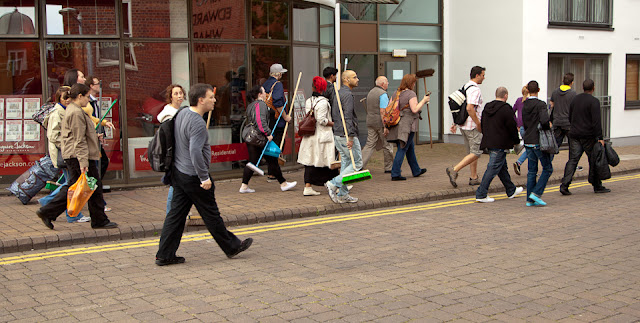 From THE DAILY COMET:

The "devil" came to Thibodaux (Mimi's hometown) on Sunday, Jesslyn Lirette said, and he did so in the form of the man she was with for 10 years. The devil, she said, took her "angel" away.

Jeremiah Wright, 30, Lirette's live-in boyfriend and the father of their child, 7-year-old Jori Lirette, is accused of killing the boy and dumping his dismembered body outside the West Seventh Street home the three shared.

Jori loved his father more than anything, Lirette said.

Iraqi officials say gunmen wearing military uniforms pulled seven people from a Sunni mosque south of Baghdad and then shot and killed them, execution-style. The killings happened late Monday, on a day that saw a wave of violence sweep across Iraq, from the northern city of Mosul to the Shiite heartland. They raised the day's death toll to 70.

Israel has approved the building of nearly 300 homes in Ariel, a settlement deep inside the occupied West Bank, drawing criticism from the US.

The announcement comes four days after the approval of 1,500 new homes for Jewish settlers in East Jerusalem. 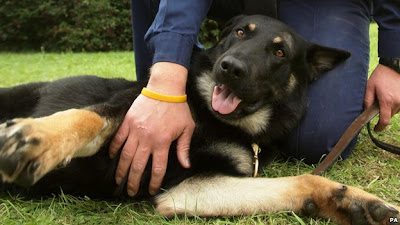 German shepherd Obi, three, was one of at least five police dogs, among the 40 on riot duty, injured by thugs. An object, thrown by rioters, hit Obi on the head, cracking his skull above his eye. He had ­emergency treatment at Mandeville Veterinary Hospital, Northolt, North West London, and is now ­recovering at home. An unnamed dog had its teeth smashed out and another, Marshfield Mia, was hit by a bottle. Three more, Minstrel Blaze, Quirk Ruby and Zach, received injuries, including broken teeth and cuts on their paws caused by broken glass.