Could you possibly send out a special message to pray for our grief stricken and shocked community of Wheatland after the murders on Thursday evening: for the Connant family (especially the mother who lost three children, and grandparents who also lost a son and their grandchildren), for the first responders to the emergency call - neighbors, the police officers, EMTs, ER and hospital staff, our county attorney and staff, the friends, classmates, and teachers of the victims, the victims themselves, and for the father who for reasons we will never know or understand caused this horrific tragedy.

Today begins week 4 of 7 of my husband's cancer treatment. Please keep us in your prayers.

Thank you for prayers for B. I have just visited her in the nursing home, to which she was transported last night after being discharged (at last) from the hospital. In the care center she will have to do physical therapy, AKA physiotherapy or, Pain and Torture. She was very afraid last night, being in a strange place all alone. Please continue to pray for her. She has a long road ahead of her. And all from a hip break complicated by myasthenia gravis.

Please pray for two local families from down here in the wilds of rural NE Suffolk who are clinging to the wreckage.

The W family, whose new-born son, who appeared perfectly healthy, had the gift of physical life for only 15 minutes.

The S family, whose younger son A died at home last week without rhyme or reason at the age of 16. He had just finished Year 11 at the High School and was looking forward to starting a farming apprenticeship in the area.

Both families are in a very dark place.

Please pray for our friend, Dennis. He has more than likely developed a long term health problem that can be painful and which will require a major lifestyle change for Dennis. On top of this he has his long anticipated dissertation tomorrow. We pray that his performance will not be affected by his medical worries.

Kittkatt, the administrator of the JESUS IN LOVE blog, has a very poorly computer. As you can imagine, being online is extremely important for her work so please pray that the repair will be swift and inexpensive and, as she is in the same situation as me, that the funds will be forthcoming from her blog's supporters.

Police are hunting a gang of travellers who deliberately drowned a pony by pushing it into a lake in Pinewood Park, near Yateley in Hampshire. The yobs used sticks to beat the two-year-old piebald cob pony as it tried desperately to haul itself out. When their attempt to push a second and third pony into the lake failed, the group of people drove them and their traps away.

A horrified 21-year-old walker trying to rescue the first pony was kicked in the head and knocked unconscious by the panicking animal. 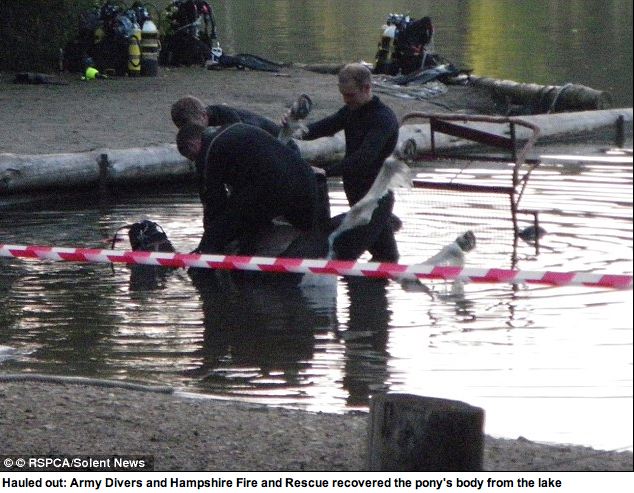 Six Northern Ireland police officers were injured overnight in rioting between loyalists and the security forces, in the run-up to the climax of marching season. The officers were hurt during disorder on the Doagh Road and Grange Estate areas of Ballyclare, County Antrim, where a crowd of up to 100 people attacked patrols with petrol bombs and missiles. At one point a hijacked bus was driven into a police vehicle. There were also reports of disorder in Carrickfergus, Newtownabbey and Magherafelt. 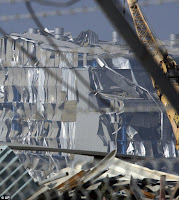 Huge blasts in a seized Iranian weapons cache at a Greek Cypriot naval base in the south of the Mediterranean island killed at least 11 people on Monday. The force of the explosions blew out virtually every window in the nearby fishing village of Zygi. The island's largest power station at Vassiliko right next to the base was virtually levelled by the blast, causing widespread power cuts that are likely to last for months.

Divers searching the wreck of a Russian Volga river boat reportedly saw more than 100 corpses trapped inside the vessel when they recovered eight bodies on Monday. The double-decked boat, built in 1955, listed and sank in minutes on Sunday during stormy weather with nearly 200 people on board. As many as 60 of the passengers may have been children.

Eighty people were rescued, most of them climbing aboard a passing boat after more than an hour in the water.

Rescue workers have pulled more bodies from the mangled wreckage of a passenger train that derailed in northern India, as the death toll climbed to 60. Many more bodies were believed trapped under the twisted coaches.

The cause of Sunday afternoon's derailment near the town of Fatehpur in Uttar Pradesh state was not immediately known, but newspaper reports said the driver of the Kalka Mail slammed on the train's emergency brakes to avoid hitting cattle that had encroached onto the tracks. 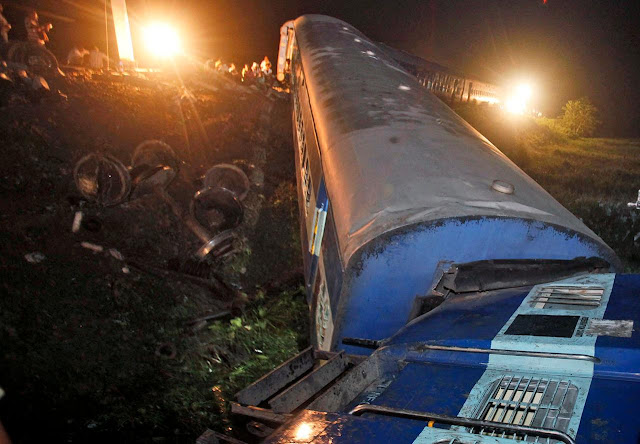 At least six people were killed when a suicide bomber detonated explosives in northern Pakistan on Monday, according to reports in local media. At least 15 people were reported to have been wounded. The attack took place ahead of a political meeting of Pakistan Muslim League-Q, a national political party that is in coalition with the ruling Pakistan Peoples Party, in Battagram in northwestern Khyber Pakhtunkhwa Province. 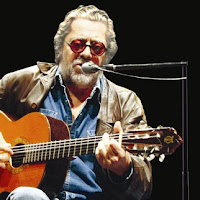 Gunmen shot dead Argentine folk singer Facundo Cabral on Saturday as his car made its way to the airport in Guatemala City. A motive for the killing of one of Latin America's best-known folk singers remained unclear. The singer's agent was also shot and is in stable condition in the hospital, said police spokesman Donald Gonzalez.