It wasn't that long ago in the history of the Christian faith that the institutions of the church were still executing people for apostasy and heresy. There are still people throughout the world who will kill in the name of Christianity and the words and actions of church hierarchies and leaders do still cause harm to people and even, as in the case of the Roman Catholic Curia's stance on contraception, death. But, the churches have stopped killing people because of their beliefs. As far as I am aware, this is universally true of the leadership of all the mainstream religions in the world with one exception. There are places in the world where the Islamic religion still requires the death penalty for those of its members found guilty of converting to another religion and for those members of other religions who speak against Islam. Furthermore, there are far too many muslim clerics who will issue death fatwas on anybody, anywhere, who, in their opinion, insult Islam. 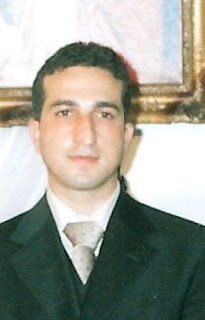 The death sentence for a pastor found guilty of apostasy in Iran has been upheld by the country's Supreme Court. Pastor Yousef Nadarkhani was arrested in October 2009 while attempting to register his evangelical house church in the city of Rasht. According to Christian Solidarity Worldwide (CSW), his arrest was connected to criticisms he made about the Muslim monopoly on the religious instruction of children in Iran.

He was initially charged with protesting but the charges were later changed to apostasy and evangelising Muslims, and he was sentenced to death last year. CSW has received reports that the death sentence has now been upheld by the third chamber of the Supreme Court in the Shia holy city of Qom.

This is simply barbaric. If it was a Christian church, backed by a Christian state, insisting on the execution of a person who had converted to another religion, then the outcry from Christians throughout the world would be enormous. Without a doubt, the pope would be making official pronouncements against it as soon as it was reported in the media. But the muslims of the world remain frighteningly quiet about the matter.

It is perfectly valid for muslims to claim that Islam is a peaceable religion and that not all muslims approve of such unenlightened acts of institutional violence. However, it is not enough. It is time, if muslims do not want to be accused of being a universally evil religion, for those against acts of barbarity to say so very loudly and publicly and to actually act to stop it happening through demonstrations, boycotts, petitions etc.

There are some countries in which the leaders of the muslim population do speak out and who do appear to have the backing for doing so from the grass roots. The USA and Canada spring to mind. However, this is not the case in all parts of the muslim diaspora. In England, because such a high proportion of our muslim population comes from Pakistan, a nation that is right at the top of the list when it comes to the oppression of people of other religions than Islam, there is a sizeable section of the community that actually agrees with killing apostates and blasphemers. We only need to look back on the Salman Rushdie affair to realise that this is the truth and interviews, especially with young male muslims indicate a high level of support for the violent imposition of the Islamic faith throughout the world.

Civilised muslims (those who believe in being civil towards other people) who hold to the basic moral tenets of the United Nations cannot just sit back and do nothing. If you belong to an organisation, part of which is being evil, you cannot claim innocence by stating that it is nothing to do with you. The reason I attack the Roman Catholic position on contraception and AIDS in Africa, and its insistence that women should die rather than have an abortion, is not because I want to score points against the opposition. It is because I feel incredibly guilty that members of my faith are killing people and causing untold suffering because of ignorance and dogmatism. If I did not speak out I would have to consider myself guilty by association and part of the problem.

Intelligent muslims know this as well as I do. So, I have to ask a couple of questions. Do those muslims who claim that Islam is a peaceable and good religion in theory really want it to become so in reality throughout the whole world and, if so, why, at least in those places where it is safe to do so, are they not showing this desire in constructive words and actions? 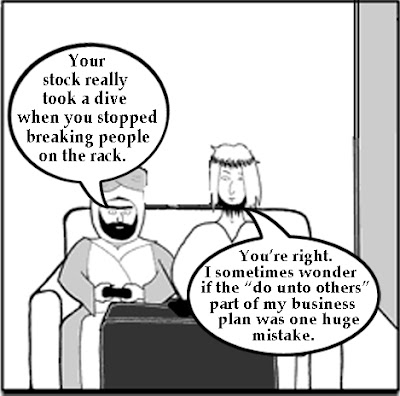