Auckland's St Matthews-in-the-city has taken to its infamously bold billboard once more in the hope of stirring up debate on the issue of discrimination against gay and lesbian people in the Anglican Church.

The central Auckland church is now displaying a "gay-dar" meter that shows "Straight" on one side and "Gay" on the other, suggesting the Church uses this to determine who its potential priests might be.

Vicar Glynn Cardy says St Matthew's has had enough of New Zealand's Anglican bishops refusing to consider any candidate for ordination who is gay or lesbian and in a committed relationship.
It comes after congregation voted unanimously to send a letter to their bishop respectfully asking him to end this discrimination in their diocese.

"We see this as an issue of discrimination that harms not only the gay and lesbian community, but society and ultimately the church as well," Cardy says. 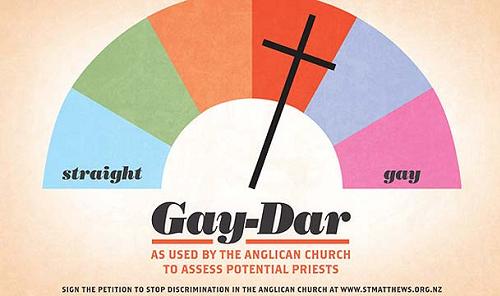 COMMENT: This is a fine example of what DAN SAVAGE is asking non-homophobic Christians to do. The congregation of St. Matthew's-in-the-city are most definitely part of the solution and not part of the problem. Good on them. Collectively, they are our: 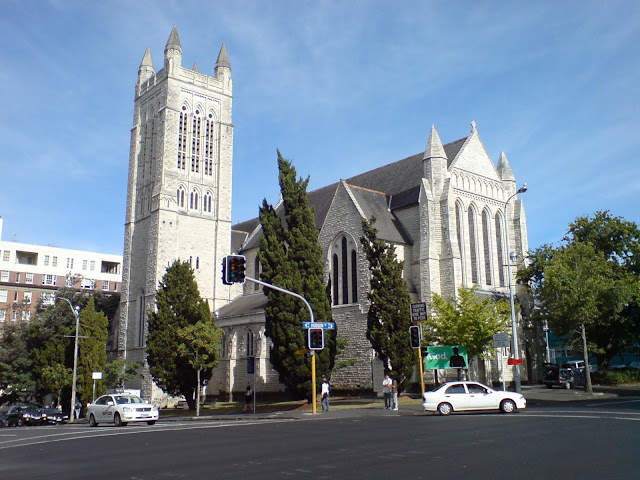