For the first time in 20 years, a conviction for performing a same-sex union has not resulted in a United Methodist elder's defrocking or indefinite suspension.

Instead, after seven hours of deliberations, a jury of 13 United Methodist clergy voted 9-4 to suspend the Rev. Amy DeLong from her ministerial functions for 20 days beginning July 1.

The jury, which is called a trial court, also sentenced DeLong to a more detailed process for a year after her suspension to "restore the broken clergy covenant relationship." At least seven votes from the trial court of five women and eight men were required to approve a penalty.

"I hope this signals to folks around the country and around the world that the United Methodists in Wisconsin aren't going to throw their gay children out," said a smiling DeLong, sitting beside her partner of 16 years, Val Zellmer.

COMMENT: I have very mixed feelings about this. If I was Amy, I would probably have told them to shove their sentence where the sun don't shine and opted for the defrocking option. The suspension and, even more so, the retraining conditions, are so patronising. They have basically told Amy that she is a naughty little girl and treated her with complete contempt.

On the other hand, in the not too distant future, when gay people are regarded as equal in all things, within the United Methodist Church, people will look back on Amy's courage and pragmatism and regard it as a sea change moment in the life of their church, which it would not have been if Amy had stomped off in MadPriest style.

So, God be with you, Amy DeLong, you are a good person who has been treated badly.

And, God is obviously not with you, judges and hypocrites. Otherwise you would have behaved in a Christlike manner and not like a bunch of jobsworth, infant school teachers handing out a punishment to some child who had written "fart" on her desk top. 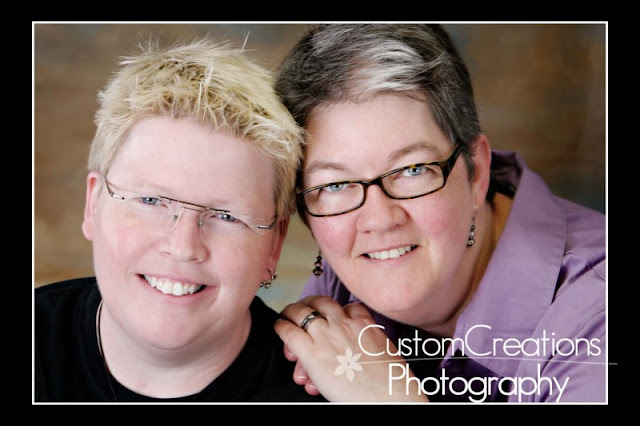