The Rev. Don Armstrong, the Colorado Springs pastor accused of stealing $400,000 from Grace and St. Stephen's Episcopal Church to pay for his childrens education, is refurbishing an old church. Built by Episcopalians back in 1873 it was sold in the 1920s to be turned into a restaurant.

It was last occupied as a nightclub that had its liquor licence revoked last year after years "riddled with shootings, cop lights and liquor violations." 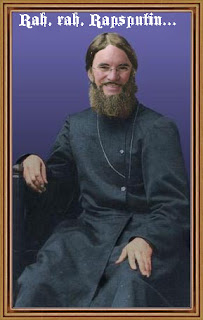 The name of the establishment was The Syn Nightclub.

Now, I ask you, could there be a more aptly named building in which this thieving charlatan could build up his business again?

Armstrong is currently serving four years probation, community service and an order to pay $100,000 restitution for his crimes and hopes to lead his faithful congregation into Syn on the first Sunday of August. All of this is true. Check it out for yourself at NEWSFIRST5.