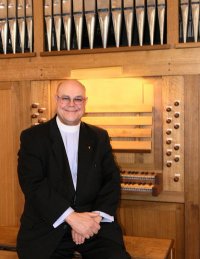 A Las Vegas Episcopal priest resigned from his duties at his church Thursday after his name surfaced in a lawsuit alleging a Missouri monastery covered up sexual abuse by him. The lawsuit, filed in Missouri by a former choir boy, alleged the Roman Catholic monastery, Conception Abbey, kept secret the boy's 1987 sexual assault by Bede Parry, then a Catholic priest who directed the choir.

Parry, 69, who was not named as a defendant in the lawsuit, had been serving as the organist and choir director at All Saints' Episcopal Church in Las Vegas since 2000. He did not deny the 1987 incident in Missouri and said the abbey sent him to New Mexico afterward for several months of treatment. The former choir boy's parents confronted abbey officials after the assault and were told that Parry had a "mental breakdown" and would undergo treatment, the lawsuit said.

The current lawsuit alleges that the results of psychological testing in 2000 showed that Parry was a "sexual abuser who had the proclivity to reoffend with minors." The results were provided to Catholic and Episcopal church leaders in Nevada, the lawsuit said.

Parry acknowledged the results but said Episcopal leaders here were not informed in 2000. He said he told church officials about the 1987 incident when he was applying to become an Episcopal priest in 2002. They did a background check and ended up allowing him into the priesthood in 2004.

But there seems to be an even bigger elephant in the room. If I am reading Bishop Paul Marshall's comment on the situation correctly it would appear that diocesan bishops in the Episcopal Church have been "advised" by legal council to keep a lid on sex-abuse cover-ups and that they have done so. Fortunately, Bishop Paul has proved in the past that he is a man of integrity and he is obviously willing to do so again. This is his email to the Episcopal Cafe: 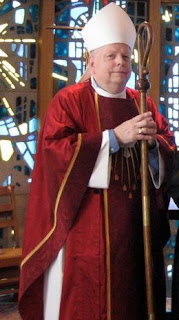 Now let's be serious. When 815-level lawyers threaten and cajole diocesan bishops not to reveal multiple sex-abuse cover-ups at the highest level lest former leaders be embarrassed, what can we expect, and why do we look down on the RCC? Serious and credentialled investigative reporters can contact me.

As a rector I had to follow a priest who was simply passed along by another bishop, and as a bishop have had the same experience with a staff member who was protected by his bishop, with catastrophic results here

On paper, we are a one-strike church, but in reality, too may people are walked. 815 refused comment on this story with principled-sounding obfuscation, which essentially tells it all, doesn't it? There is no more transparency at 815 than previously, as some of the commentators above know to their pain.