We pray for Kirstin and Andee.

I ask prayers for myself, and someone from whom I have become estranged. I think I was speaking Truth... but more than likely some JCF-brand sin got mixed-in as well. 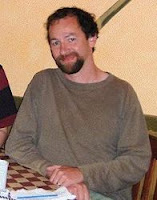 Further to my message last week asking for your prayers for the Rev. Joseph Walker, rector of St. Timothy's and former Anglican chaplain at the U of A, I can now share with you that Joe has at least two cancerous tumours. One is completely obstructing his small intestine, the other is on his liver. At the moment he is unable to ingest anything other than ice chips. The situation is considered to be serious. Please keep Joe, his wife Alisa, and their children Emily, Adam, Sarah Joy and Justin in your prayers.

A press photographer has been shot and injured during a second night of sectarian rioting in Belfast. Up to 700 youths took part in street battles, as police came under fire from petrol bombs, bricks, golf balls and other missiles amid the worst rioting in the area for 10 years.
The upsurge in violence is widely believed to have been orchestrated by the UVF, a loyalist paramilitary group which is supposed to be observing a ceasefire. 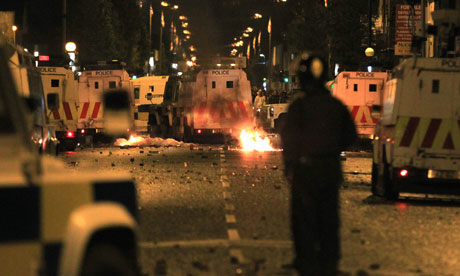 From THE BUDDHIST CHANNEL:

Nine Tibetans, consisting of a monk of Dhargyal Monastery, four nuns, two lay women, and two youths, staged protests on Saga Dawa, a major Buddhist festival observed on 15 June. Their names and other details about them are not known. However, the movements of local people are restricted, and armed police are everywhere.