The Church will publish legal advice on Monday that says that homosexual clergy in civil partnerships can become bishops - as long as they remain celibate. The legal guidance makes clear that it would be wrong for a cleric's sexual orientation to be taken into account when considering their suitability as a bishop. However, the guidance will say that homosexual clergy should be made to clarify that they are not in an active sexual relationship - effectively make a promise that they are and will remain celibate. It would also mean candidates for a bishopric being questioned over their previous sex life and asked whether they repent having gay sex. 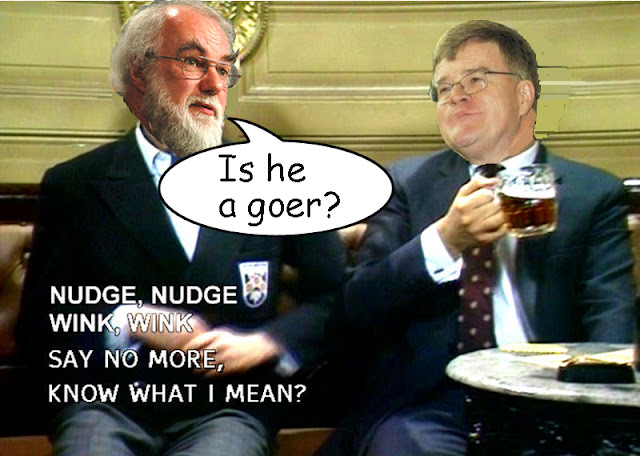