We continue to pray for Kirstin and Andee.

Thanksgiving for my mother whose colonoscopy went well yesterday. She has a condition that seems to be treatable with medication right now; the biopsies will come back next week. She is resting.

Posted by Di at THE KITCHEN DOOR:

From Petty Witter at PEN AND PAPER:

Hi Jonathan, if you could mention Themethatisme. Feeling unwell since Monday, he was taken into hospital on Tuesday evening with what first appeared to be a flare up of his Crohnns Disease but turned out to be food poisoning - not good but better than a flare up of Crohns.

Please pray for a friend of mine whose marriage is causing her so much unhappiness that she is considering separation.

Continued prayers for me. I haven’t heard back about my job interview and am getting quite nervous and depressed again, though I am fighting it.

Posted by David at THE VERNACULAR CURATE:

I lost my beautiful and beloved Dad a few years ago. It wasn't a tragic death in the sense that he sort of went when it was time, and he went peacefully - but he was my dad. Due to many factors, only recently did we inter his ashes and in his memory plant a young tree. It would have been just what he would have chosen too, so we felt proud. That little tree became important not just it was a little tree, but because it was dad's little tree. If I had courage to say or believe it, that tree became the next nearest thing that we had to dad. 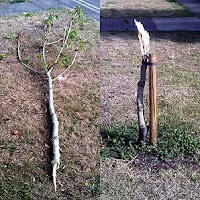 Until that little tree was vandalized and snapped. Killed, murdered, defiled, desecrated. To me, my mum and probably to my brother and sister, it isn't the murder of a tree that would have grown strong and proud over decades, but of my dad and his memory. I am left unable to get breath.

The British Government has renewed calls for an independent investigation into allegations of war crimes against Sri Lanka after a documentary showed civilians being shelled and troops summarily executing prisoners. Britain said it would lead international action if the Sri Lankan authorities failed to respond.

Our good friend, Cheliah Laity, who has connections with this part of the world, has asked us for our prayers for the people of this region of Sri Lanka and for justice to be done. She will be blogging about the matter in detail on HER BLOG later today.

A Syria-based human rights activist says security forces have arrested hundreds of men in a northwestern province that has been under military siege for a week. 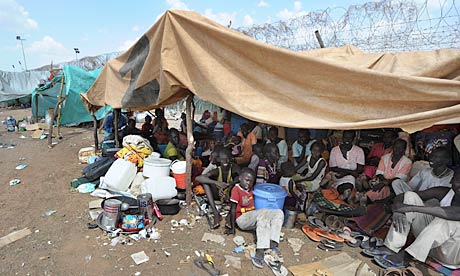