Recently the Bishop of Harare, the Rev. Chad Gandiya, issued an urgent appeal for prayer, describing the persecution:

- An intruder broke into the home of the Rev. Charles Muzanenhamo, an Anglican priest in Mhondoro who was away visiting rural parishes. When he returned home, Muzanenhamo expelled the intruder, but when police arrived, they arrested the pastor on assault charges; Muzanenhamo had to spend the night in detention before his bishop could bail him out. That same evening, a newly ordained deacon, Noel Magaya, was forcibly evicted from his home church.

- As Bishop Gandiya's congregation held a wardens meeting, they were informed that thieves were breaking into Zimbudzana's home. Some wardens ran to stop the break-in, and one intruder was caught and taken to the police station. However, when they returned from the station, the wardens found Zimbudzana's home surrounded by riot police who then proceeded to arrest everyone, including priests and three women; eventually they were all released when the charges were dropped.

Bishop Gandiya said the children of his priests are becoming anxious about the safety of their own fathers. 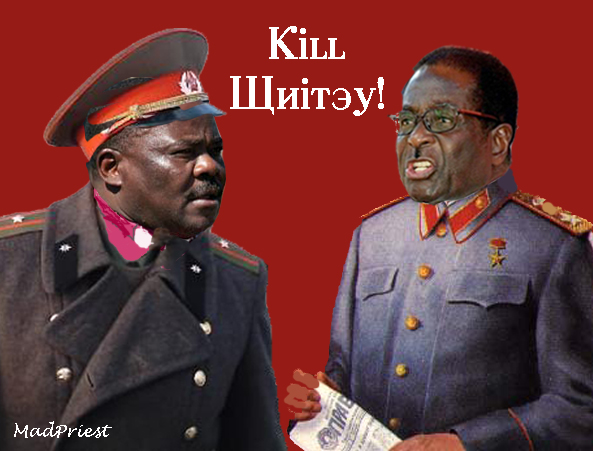