A few minutres ago, me and our dear mum Rosemary Kestner Kauffman, we have talked with dad Göran Koch-Swahne, over the phone,he told us the surgery was successful,but he don't know the day he will get back home, until doctors confirms the right time, so for the time being he is having a rest, therefore later he will be under kind of rehab for the recovery process,and he said thanks for the kind wishes and prayers from all his facebook friends. Thanks too from me and may God bless us all. cheers!

A few minutes ago, i have talked with Goran, and i was glad for the positive improvement news, he told me doctors have re-asured him he will go home coming wednesday, so lets hope this time around he will get back to his house, thanks for your best wishes to him.

There's not much to do when you're laid low by a bug. And much as I would like to wallow in self-pity and sorrow, I doubt I'll get too much sympathy when the Cat's Mother is down somewhat worse than me.

Please pray for my longstanding blogger friend, PAUL MARTIN, and his family, who are moving from a Methodist circuit in Devon to one in Nottingham. Methodist ministers are used to upping sticks every seven years but moving is always stressful and the excitement of making new friends is tinged with the sadness of leaving old friends.

Please pray for pmPilgrim at WANDERINGS OF A POST-MODERN PILGRIM who has been suffering from calf pain over the last five weeks. A visit to the doctor has thrown up the possibility that this is the manifestation of a more serious health problem.

A series of powerful tremors rattled the quake-prone New Zealand city of Christchurch on Monday, destroying buildings and sending boulders tumbling down hillsides nearly four months after a quake killed 181 people. There were no reported fatalities. New Zealand's Civil Defense said 10 people suffered minor injuries in the quakes, with the strongest put at a magnitude of 6.0 at 2.20 p.m. local time. Buildings were evacuated and infrastructure damaged across the city. 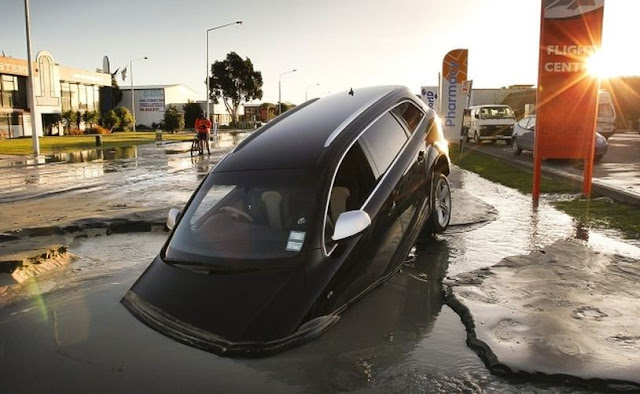 Vietnam on Monday held live-fire naval drills in the tense South China Sea, a move that analysts see as raising the risk of a "showdown" with Beijing in a deepening territorial rift. A long-standing dispute between the communist neighbours over sovereignty of two potentially oil-rich archipelagos has erupted again following recent sea confrontations that have sunk relations to their lowest point in years.

Jailed Iranian journalist and veteran activist Hoda Saber, who was in his 50s, has died of a heart attack after going on hunger strike. He began his strike on 2 June to protest about the death of fellow opposition figure Haleh Sahabi, during an incident at the funeral of her activist father.

Mr Saber was jailed after the disputed 2009 elections that saw President Mahmoud Ahmadinejad re-elected. He had also served several prison terms since 2000.