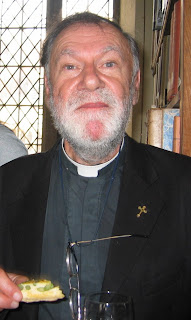 From THE CATHOLIC HERALD:

A prominent ex-Anglo-Catholic has shut down his blog in wake of news that his ordination as a priest in Britain’s ordinariate has been “deferred”.

John Hunwicke, former Anglican priest at St Thomas the Martyr, Oxford, and former Senior Research Fellow at Pusey House, said there had been a “misunderstanding” about the content of his blog. He added:

“I shall promptly delete any comments on it (or emails sent to me) which are in any way whatsoever critical of the Catholic Church, or any of its officers, or of the ordinariate.”