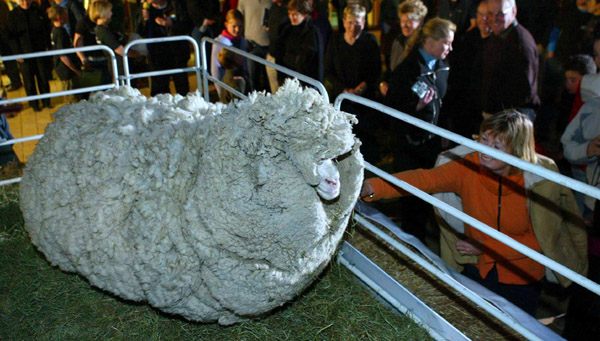 Shrek the sheep was put down, aged 16, at the weekend, after his health deteriorated.

He shot to fame in 2004 after he was found in a cave in Central Otago, having avoided the shearing shed for six years and growing a 27kg fleece. He was shorn live on TV, including on CNN, raising money for charity, and went on to become a household name.

"He was just an ordinary sheep, went AWOL and hid and when he was found he became the darling of the nation," his owner, John Perriam, told TV ONE's Breakfast.

"He was really quite a renegade and that came through later on as the years went on.

"He had an unbelievable personality. He loved children and he was really good with the elderly in retirement homes."

A series of popular children's books featuring Shrek will continue to help raise funds for the Cure Kids charity which helps children with life-threatening illnesses.

Shrek is to be cremated and his ashes will be scattered at the summit of Mount Cook.