Please include the following in your daily prayers and use the widget at the end of the post to light a candle.

Please pray for G, who went into hospital this morning to have a cancerous growth removed from one of her kidneys. The prognosis is very good.

Posted by Eugene at PARADOXY:

I was laid off from my job shortly before Memorial Day. I'd been uncertain about my future there since our new VP came on board last year, so the real blow was receiving a minimal severance package on top of the fact that my former employer doesn't pay unemployment insurance due to its incorporation as a church (which, in reality, it's not).

For now, this time off is an opportunity to rest and de-stress. I don't know what lies ahead, but as I stated in the subtitle of my blog, sometimes the journey takes you places you never dreamed existed.

Posted by Tracie at ON HOLLADAY - FLORIDA STYLE:

If you'd include prayers about the drought in Louisiana, I'd appreciate it. We haven't had rain for months. I don't know whether God is a rainmaker, but pray for God's comfort for God's people in their distress and concern about the lack of rain. The farmers, especially, are hurting.

Syrian rights groups say the death toll in a two-day government crackdown on protesters in the northwest has risen to 35 as exiled opposition figures called for the isolation of President Bashar al-Assad. The violent clashes began Saturday and continued into Sunday, after thousands of residents turned out for the funerals of other anti-government protesters killed in the crackdown.

A volcano in south-central Chile has continued to erupt, shooting out pumice stones and plumes of ash six miles high and three miles wide. More than 3,500 people were evacuated at the weekend from their homes near the volcano, and took shelter in government accommodation or friends' homes. Ash is being blown towards neighbouring Argentina. 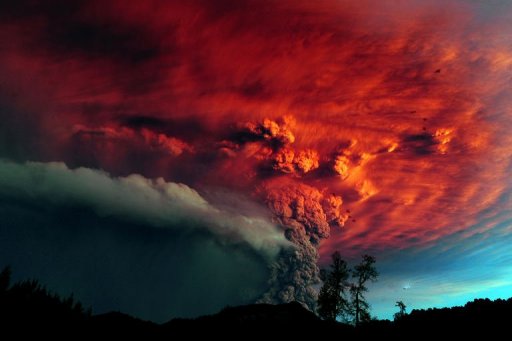