At YEARNING FOR GOD, Jan has a post giving details of The Golden Rule in the religions of the world. Fascinating.

On June 5th, 1981, the Center for Disease Control and Prevention (CDC) published a report on a rare and deadly illness affecting five young, gay men in Los Angeles. "It would be more than a year before the condition got its official name, but that was the day that Acquired Immune Deficiency Syndrome, or AIDS, was officially recognized in the U.S."

WORMWOOD'S DOXY has posted a moving reminder of the early years. Do go and read it.

Pioneering gay priest John McNeill is still shaking up the Vatican at age 85. He is going to Rome for the world premiere of a new documentary about his life on June 6 at EuroPride 2011 -- and to ask the Vatican for LGBT justice. When in Rome, McNeill will not do as the Romans do, but instead will advocate change in the Roman Catholic church.

Check out the rest of this inspiring story and watch the vid  posted by Kittkatt at JESUS IN LOVE BLOG.

For accepting certain martyrdom and being one of the small gusts of wind that became the hurricane, Father John is OCICBW...'s 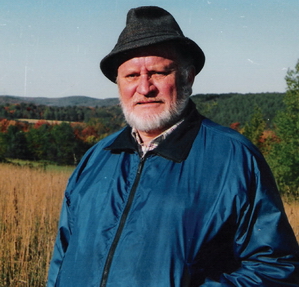