I have held off because my issues seem so small against the troubles we are all facing. However, over the past few days my pain has worsened so that at times I am finding it difficult to walk. Long story short, my drug plan decided it would not cover the med that was helping. I can't afford $250 a month for one pill. We are trying a different drug, but no luck yet. In fact, I'm wondering if it is making the pain in my hands/arms, feet/legs worse. I will be calling the doctors Monday, but prayers would be a comfort. All I have to control the pain (poorly) is ibuprofen. (Larry)

Posted by laBiscuitnapper at
RANTINGS OF THE BISCUITSNAPPER (20th. May):

Two exams down, four more to go. Unfortunately today's was horrible - truly awful, the sort of exam that makes one start soul searching, flagellating oneself out of sorrow for one's sloth and bad attitude. Yes, it was the Particle Physics exam, which should have been a breeze because really, so long as you're okay with Feynman diagrams, remember the assorted conservation rules (what is conserved, when it's conserved etc etc) and can work out invariant mass, you're laughing. Not this time.

Posted by Paula at FACING THE MOUNTAIN: 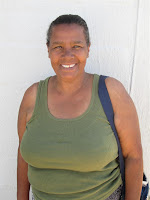 Not many people in life could ever come close to being a new mum - well Aunty Poppy is one such amazing lady! We ask you all dear friends to please call out to God for the health of our wonderful friend. She is currently in ICU at our local hospital having suffered a heart attack. Aunty Poppy suffers from diabetes and other complications, so health is always an issue for her.

Please pray for our good friend JIM, who has had a "bad week."

I’m a fucking tumor tree. I don’t go more than a couple of days without finding one. These are the first that will be visible with my clothes on. I never used to hate taking showers. Now, not only are they painful (I have to stand on an injured knee), but I have to touch my body. I have to wash these things that are doing their best to overrun me.

Coughing and poor sleep steal my energy, but other than that I generally don’t feel physically bad. It’s just that my hope is getting tired. (I take three separate sedatives to sleep through the night. I wake up in pain from my knee; this is even with aggressively taking Aleve. I’m going to have to talk to my doctor and my PT about pain control. I really miss walking. I want to walk without pain again, before my brain blows up.)

Where is God in all this? Shadows I sense in the trees that I walk through. By that I mean with me, but not overwhelming me. Present underneath the surface, bubbling up when I need to see God. 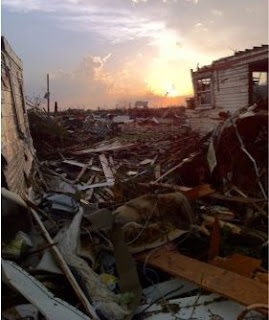 Please add the people of Joplin to the prayer list. This is not too far from Tulsa, actually. I live in what is known as "tornado alley" here in the U.S. and the twisters are getting worse due to climate change. The devastation from last night is almost unbelievable.

At least 89 people have died in Joplin, Missouri, and the toll is expected to climb as one of the deadliest tornadoes in state history roared through the small Midwestern city on Sunday. 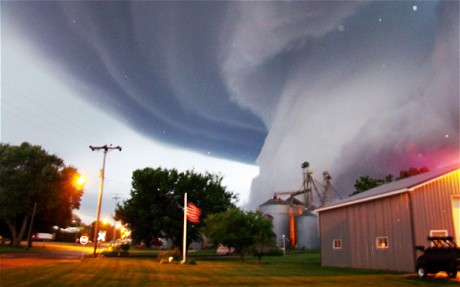 From THE ECONOMIC TIMES:

Pakistani security forces Monday ended a 15-hour siege here of a key naval base that terrorists stormed overnight, sparking fierce battles that left 16 people dead - 12 security personnel and four of the attackers who exploded themselves at PNS Mehran naval base.

Sudan was back on the brink of civil war last night after an escalation in fighting over a province disputed between the north and south of Africa's largest country. Northern forces occupied the town of Abyei, which is claimed by both the Arab-led government in Khartoum and the government of southern Sudan, which voted this year to secede.

A car bomb exploded near a convoy of a police officials in the northern Iraqi city of Kirkuk, killing at least two people and wounding 10 others. The attack occurred in the Domeez area of southern Kirkuk on Monday.

Posted by Mary at REV MIBI: 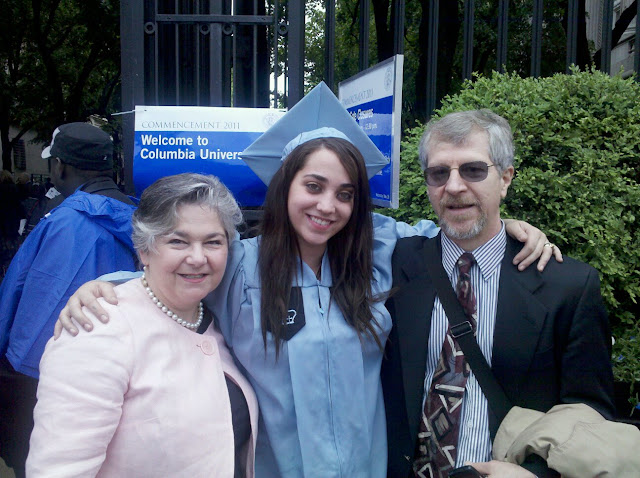 Congrats to StrongOpinions, who graduated this week from Columbia University. She is, in a word, awesome!

COMMENT: Yes, I think so too. But probably not in the same way Mary means it. ☺ But then, that's men for you - so bloody shallow.