I've got a nasty case of food poisoning at the moment (NB: AVOID the "Teriyake Turkey Burger" at, ahem, Jarl's Cunior!). I hope it's at its worst: aching, fever (101F. The introductory puking was last night!). If you can spare a prayer, I'd appreciate it...

Please pray for Sonja's mom who died yesterday, for Sonja and her daughters and for Amy who will undergo a mastectomy on Tuesday.

The month of May has been hard. Loss of a friendship. Loss of a neighbor. Loss of a grumpy old man. All of whom I came to love.

And therapy. Opening up those long ago sealed and buried boxes of memories and emotion has been soul shredding. Lately I feel like I am crawling naked through glass.

From THE WALL STREET JOURNAL:

A commercial airplane crashed Wednesday in Argentina's southern Patagonia region and all 22 people on board are dead.

Up to 25 people were killed and some 70 others wounded when a bomb and a car bomb exploded coordinately in Iraq's northern city of Kirkuk on Thursday. The attack took place in the morning rush hours when a sticky bomb attached to a car detonated at a parking lot in front of a police headquarters. 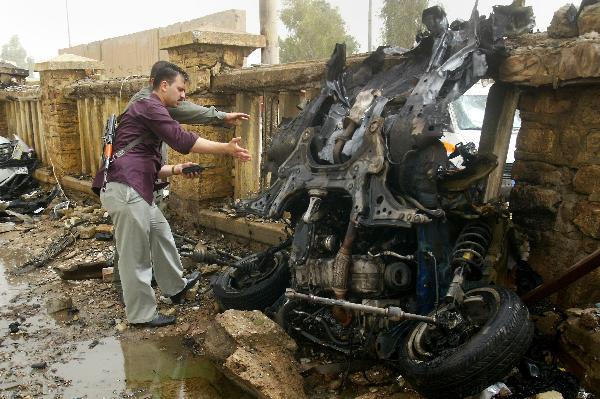 At least three people have been injured in new protests in northern Afghanistan against Nato raids. Reports say police opened fire with water cannon and fired in the air.

Ugandan police on Thursday placed the country's top opposition leader under house arrest to prevent what authorities said could be a destructive protest march.