If you have other concerns, personal or general, that you would like added to our daily prayer list, please add them to this post by way of a comment or send me details by email.

My wife of nearly 48 summers (as of July 1, 2011), Cynthia, passed away at 5:18am on May 12, two days after her 79th birthday. I was there with her all the way in her final hours and told her over and over that I loved her and that at last she could “go home” and have rest. This was Cynthia’s final preoccupation in life, to get to “go home”, even from the beautiful small house she herself designed in Denmark, Maine, and where we had been living for over eleven years. Perhaps to her conscious or unconscious mind going home meant “get me out of this horrible Alzheimer’s disease”. She got her wish and much sooner than people expected. I’m both terribly sad and terribly relieved.

I am coveting prayers, as I fear I am turning into a crippled old lady. Since I turned 60, I have been falling apart. I wrote a little about this on my blog, YEARNING FOR GOD.

See also THIS UPDATE from Jan.

BP asks prayers for her cousin K and family. K's husband J died suddenly last night (11th. May 2011) of a massive heart attack at far too young an age. J was an actor, with an actor's ebullience, and he filled every space with his immense warmth, his joie de vivre, and his great love for all around him. We are all richer for having known him and immensely poorer for his loss.

Please pray for S, a good friend of mine, who has fallen off the wagon following a recent bereavement.

Please pray for K's son who has been diagnosed with bi-polar problems as he makes his way towards recovery with the help prescribed medication. Also pray for K and family and all those who care for this young person.

Last Sunday (8th. May 2011), Damien, a rough sleeper and alcoholic in his late twenties, died.

April's son was killed six years ago serving in Afghanistan, shot by a sniper; as a result she turned to heroin. She's been clean now for three years. This week she heard that her other son is missing in action in Afghanistan. Please say a prayer for her and that her boy comes home safe.

Posted by Tim at FAITH, FOLK AND CHARITY: 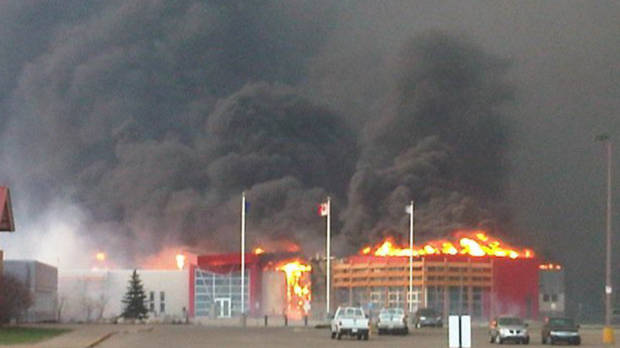 After a day of caution over two encroaching wildfires, the winds picked up and brought chaos and destruction to Slave Lake (250 kms north of Edmonton, Canada).

Wind gusts that accelerated the advance of fires and grounded water bombers Sunday afternoon allowed the fire to jump two highways. Afterwards, it was free to tear through the Alberta town of 7,000 people. A long list of hundreds of buildings have burned down – including city hall, the police station, the radio station and countless houses – and the town has brought in a mandatory evacuation. The fires appear out of control.

At least 27 people were slain early Sunday in a remote area of northern Guatemala. 200 gunmen, who had arrived in buses, attacked workers on a coconut farm in the northern province of Peten, a zone that has become increasingly dangerous as Mexican drug smugglers extend operations in Central America to escape a crackdown at home. The victims included 25 men and two women, all of whom were decapitated. Authorities had not determined a motive.

One Iraqi security guard was killed and two Norwegians were among four people wounded on Monday when a roadside bomb exploded near their convoy in Baghdad. The blast occurred at around 8:00 am (0500 GMT) in the eastern neighbourhood of Jadidah.

Motorcycle-riding assassins have gunned down a Saudi diplomat in the Pakistani city of Karachi, four days after a grenade attack on the Saudi consulate there.

Israeli troops shot at Palestinian protesters along the border of Syria, Lebanon and Gaza Sunday killing at least 15 people as demonstrators marked the anniversary of Israel's creation.

Israeli troops killed 10 Palestinians and wounded more than 50 others when the troops fired on protesters to prevent them from crossing into Israel from Lebanon. Demonstrators in Syria also tried to break through a border fence in the Israeli-occupied Golan Heights. Israeli troops opened fire, killing four and wounding at least 45. Elsewhere, clashes at protests along the border with the Hamas-ruled Gaza Strip killed at least one person and wounded at least 60. 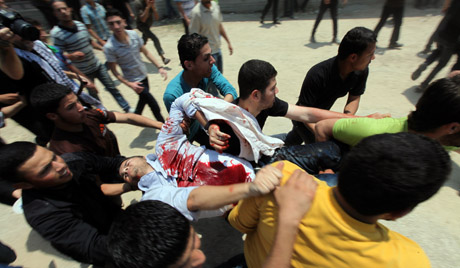