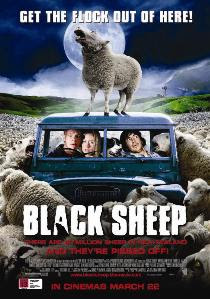 If you were to accept that the films and TV shows that make their way from New Zealand all the way to the UK give an accurate portrayal of the inhabitants of that antipodean nation it would seem that they live a surreal existence that makes the most far out sketches produced by the Monty Python team seem boringly normal. Films like "Goodbye Pork Pie," "Bad Taste" and anything with Jemaine Clement in, show an element of off the wall craziness in Kiwi society that is very hard to believe. 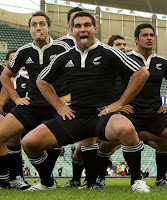 That is until you remember that New Zealanders think it great fun to throw themselves off bridges and other blatantly silly hobbies and that their rugby team begins each international match by pulling funny faces at the opposition and believing that the other team's players, who are rolling around the ground in fits of giggles, are actually scared of them.

But, believe me, I am not complaining about this. Those cuckoo Kiwis have given the world some excellent moments of cinematic genius that could have only been produced by a seriously deranged people. Right near the top of my list of favourite films from NZ is on the BBC late tonight and, if you have not watched it already, I strongly suggest that you set up the video or your Sky box to record it. 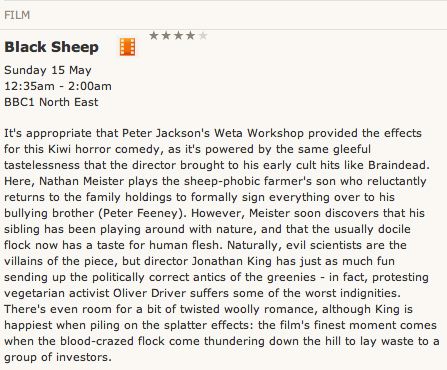 This film is the funniest comedy-horror film I have ever watched. It is even better than "Sean of the Dead," which was British and so you would expect it to be the best. There is some blood and guts but the film is so way out that they are about as frightening as an episode of "The Munsters."

This film is best watched after the consumption of a couple of your favourite tipples in the company of people who laugh at Bin Laden jokes.