Peruvian President Alan Garcia said Pope John Paul II should get credit for the death of Osama bin Laden. The late pope was beatified on Sunday and Garcia said: "His first miracle was to remove from the world the incarnation of evil, the demonic incarnation of crime and hatred, giving us the news that the person who blew up towers and buildings is no longer."

Garcia made the comment Monday as he inaugurated a hydroelectric power station. 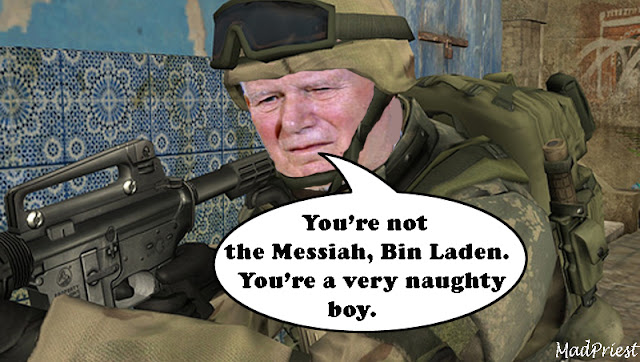