Girls are misbehaving more in the classroom now than they were five years ago, a survey of teachers suggests. A fifth of teachers believe girls' behaviour is now more difficult than boys, according to a poll by the Association of Teachers and Lecturers (ATL). Almost half (48%) said they think the behaviour of female pupils has worsened over the last five years, with a similar proportion (44%) saying it has got worse in two years. In comparison, 43% said boys' behaviour has deteriorated in two years.

The poll, which questioned over 800 school staff, found that while boys are more likely to be disrespectful and verbally and physically aggressive, girls are more likely to be bullies. Four times as many teachers said they had witnessed girls bullying than boys (44% to 10%), spreading rumours, making snide comments or leaving a fellow pupil out. Girls are usually the ones who refuse to comply with instructions."

COMMENT: As someone who has been viciously bullied without let up for five years by a certain "old girl" from Louisiana, this "shock" result does not surprise me.

However, in the real world, except for one woman* in a previous parish who bullied me into a nervous breakdown because she found out that I had previously suffered from depression and didn't think a person with past mental health problems should be in charge of "her" church, the only people who have bullied me in my adult life have been men - top of the list being my former bishop during his many attempts, finally successful, to get me out of the Church following my illness which was over ten years ago.

Of course, girls have always been vicious bullies at school, although their style is usually psychological rather than physical. From experience I assume that they mostly grow out of it or reserve their bullying for other women. Hopefully, although any increase in schoolyard bullying is extremely worrying as it can lead to irreparable mental health damage and, far to often, suicide, women will continue to "grow up" in the way that many men seem incapable of ever doing. If we are lucky, Sarah Palin will turn out to be merely the exception that proves the rule.

There is one trend in the UK that is very scary. Although I base this observation on reportage alone, it does seem to me that girls and young women are getting involved in violence and gang culture in far greater numbers and with far more viciousness than was the case only ten years ago or so. But, again, I am not surprised. Everything in our media nowadays seems designed to make the whole of life cut throat competitive and a lot of this is aimed at women in talent shows covering everything from performance to cookery and weight loss. Men are probably predisposed towards coping with such stress, although I am not. Women on the other hand have only had to learn the combative skills required to progress in life relatively recently.

Some people in our churches may worry about the feminisation of our institution, but the big worry should probably be in respect of the masculinisation of women, especially young women, in the whole of society.

* To be fair to the gentle sex this woman had very short hair and obviously had far more testosterone flowing through her veins than her extremely gentle and quietly spoken husband. She had this manic desire to be on every committee going and then to hold as many offices on those committees as possible. She ended up as lay chair of her local deanery - bad news for the other deanery members but good news for her husband who no doubt got a chance to choose what to watch on TV when she was out. 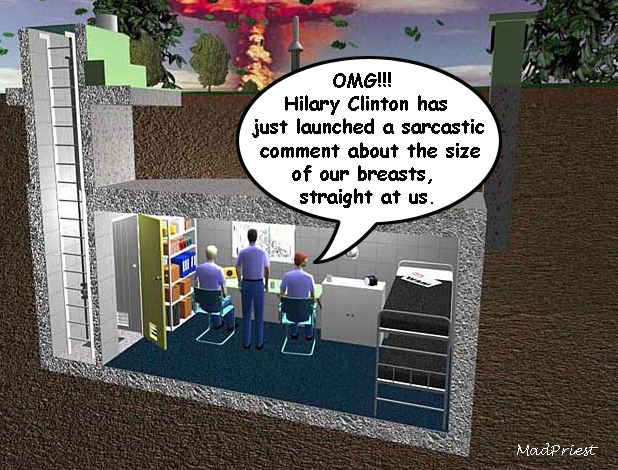