The self-supporting (unpaid) priests of the Church of England met recently for a big conference. The main thing to come out of their discussions was that they felt that the hierarchy of the church and their stipendary colleagues viewed them as second class, not-quite priests.

They are not being paranoid, it is the truth. Non-stipendary ministers not only have to put up with being taken advantage of by a cash strapped institution always looking to get work done for free, but they are, on the whole, treated as second class priests and kept on the outside of the church structures. What is more, they are constantly reminded that they are different to "real" priests by the terminology used by the Church, at all levels.

For example, I have just received this email from my diocesan office: 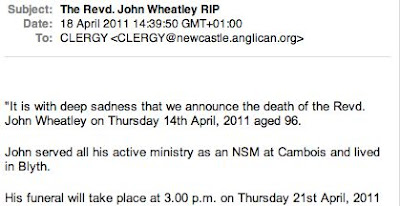 Why not just say that John served all his active ministry as a "priest" at Cambois? That's what he did and was. I may be wrong, but I don't think a stipendary priest would be labelled as such in his or her death notice.

We know from the experience of people of other races and/or faiths than the majority in a country that words can be, and are, used to belittle and denigrate people, especially minorities and those without much authority and power. The Church of Christ should be more careful in its language.

Mind you, I am not surprised that such hierarchical language is used in my diocese where the ordained priesthood is split into "senior staff" and everyone else, and where there are definite unwritten rules about how important you have to be to get offered a post in one of the "important" parishes. 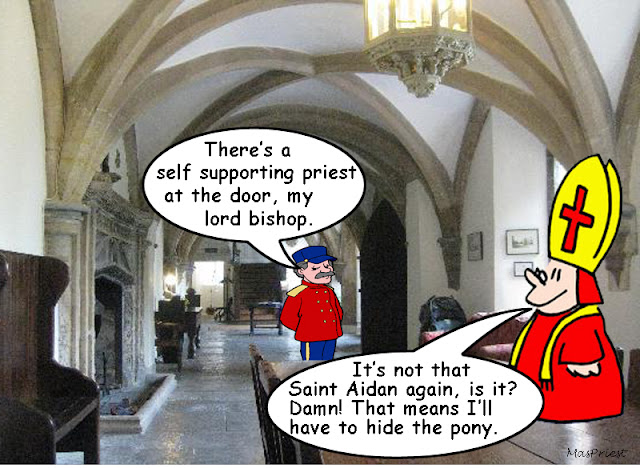