Eric went home from hospital yesterday. It sounds like he's still pretty uncomfortable, and he will be on medication for a long time, but is stable.

Please pray for MadPriest's friend, Kevin. His mother, Shirley died last Thursday after quite a long illness. It was expected and even prayed for, but it is still sad for her family and friends. Kevin lives some distance away from his mother's home and has made many journeys over the last few months to be with her. He was at her bedside when she passed away. The funeral will take place next Monday.

Please pray for me. I am pretty certain that I have now reached the endgame as far the Anglican Church is concerned and my attitude to living outside of the Church has, over the last year and a half, moved from anger and incomprehension to a begrudging acceptance and incomprehension. I will find out over the next couple of days if I am correct in my understanding of my situation. If, as I believe will be the case because of past experiences, the outcome is negative then I will have some huge decisions to make. But the hardest thing to cope with is the thought that my life is over - that my "great life's work," my vocation, my calling, has been thwarted by a series of unfortunate circumstances and by people who view the Church as a career or institution or social club, and not as the Kingdom of God on earth.

From THE ENFIELD INDEPENDENT:

London Ambulance Service has announced plans to cut 890 jobs over the next five years to save money. The service is aiming to cut £53m in spending between now and 2015, including axing 560 frontline jobs dealing directly with patients.

This is just one example of the cuts being made in my country following the bailing out of rich bankers a couple of years ago. Of course, cuts to our welfare services will result in the increase of the suffering of people and death. But, because of my own situation, my heart goes out mostly to those who are facing unemployment. It will be hard enough to deal with the financial problems that unemployment brings and feelings of uselessness. But on top of this our welfare system in England is deliberately designed to degrade its clients, make unemployment very unpleasant and shame the unemployed into getting a job. Of course, if there are no jobs to get then we are left with hundreds of thousands of degraded, miserable, shamed citizens who believe they have nothing to live for.

Police have criticised a website which is warning people not to "snitch" on those behind the shooting of a five-year-old girl. It features a video of youths rapping against talking to officers and was set up after Thusha Kamaleswaran was seriously injured when a gunman fired into a shop in south London. A message on the website says: "No-one likes a rat. Remember the police are not your friend." Leaflets telling people not to contact police were also posted through doors near the crime scene.

Thusha, remains in serious but stable condition in hospital.

Police in Swaziland have used tear gas and water cannon to disperse protesters calling for elections in Africa's last absolute monarchy. The demonstrations were called to mark the 38th anniversary of the banning of political parties. The authorities have banned the protests and arrested five organisers.

Hundreds of women from a Syrian town that has witnessed mass arrests of its male population took to Syria's main coastal highway on Wednesday to demand their release.

Ivory Coast's new President Alassane Ouattara must put a stop to reprisal attacks against followers of his rival, Amnesty International has said. The UK-based rights group said armed men in uniforms were conducting house-to-house searches in Abidjan looking for Laurent Gbagbo's supporters. Many people in the west of the country had also fled to hide in the bush after villages had been burned, it said. 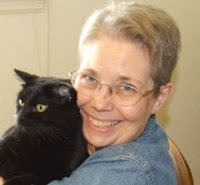 I would like to offer thanksgiving for the grace of my vocation on this the 17th anniversary of my Solemn (life) Profession.

HB235 Killed in the Eleventh Hour! WE WON!

Our hard work and determination killed the "anti-discrimination bill" without public accommodations provisions! The Maryland transgender groups Transmaryland and Trans-United members, the past Equality Maryland Board President, current EQMD members and allies lobbied legislators so passionatly to oppose this bill apparently made a impression connecting with there need to "Do the Right Thing" in this desperate eleventh hour.