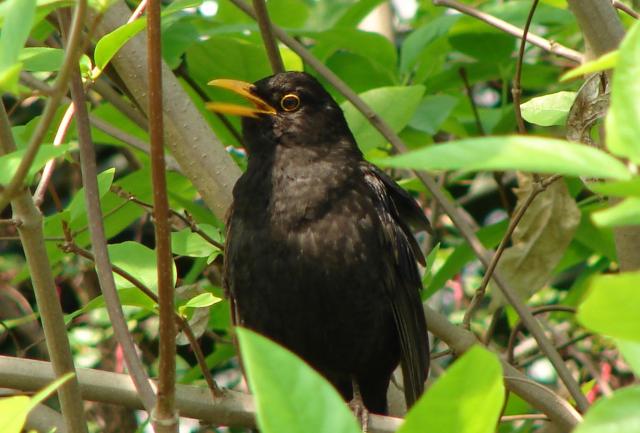 I know when spring has arrived. It is on that first, mild evening of the year when the male blackbird finds a high perch and sings his little heart out as if he was a messenger with most wonderful news for the whole world.

It is, by far, my favourite birdsong, and I have heard the nightingale, lark and song thrush. Complicated and unique to each bird it has been shown to include the regular sounds of the blackbird’s neighbourhood. Children playing, the conversation of other creatures and even the sound of passing traffic can be mimicked and included within this dusktime, avian sonata. Maybe it is the gritty reality and everydayness of his song that draws me, in the same way that I am drawn to soul rather than classical music.

I have been thinking about the blackbird’s song for some time, meditating on its complexity, and I have come to the conclusion that within it may lie the reason for that which makes us human beings.

I expect that once, hundreds of thousands of years ago, when our species inhabited the forests of Africa, that we were as limited in the sounds we could make as our cousins, the chimpanzees and bonobos, still are today. But as the climate changed and the savannah grew, humans came out of the forest and began to explore and then inhabit the open spaces of the plains. Perhaps we found that the more variation there was in the notes of our calls to each other across the vast spaces of our new home the more possible it was to hear each other at a distance. There may be a remnant of this in yodelling and the vocal acrobatics of the people of Mali and elsewhere in the world.

At this point I can imagine the intelligence of evolution kicking in and the gradual invention of the larynx which in turn led to more complicated calls and songs. My guess is that eventually humans discovered that the voice box was capable of far more subtlety than just loud cries and that we began to speak to each other. Nothing complicated at first, but our brains responded by growing in size and capability in order to accommodate and enable our new skill.

I do not believe that humans are intelligent and animals are not. I think intelligence is on a scale and human intelligence has evolved far ahead of other creatures because of our gradual use of language and the evolution of the human brain to make this possible.

To me the clincher for my proposal is that humans have a widget in their brains that makes the sounds of people talking sound like talking. If we did not have this widget we would hear singing all the time as human speech is made up of different notes. Our brains evolved this ability quite late on in our evolution which says to me that we were originally singers not talkers.

Who know, perhaps one day, in the far distant future, blackbirds will have evolved in the same way from out of their song and any human beings that are still around will actually be able to understand the wonderful news the blackbirds keep trying to tell us. 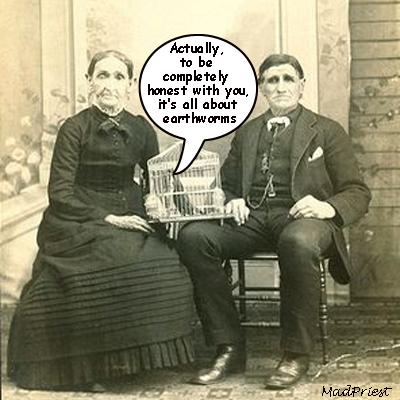