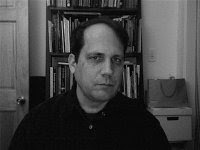 You should all know by now that I am one huge fan of the works of Douglas Blanchard, the administrator of the COUNTERLIGHT'S PECULIARS blog and greatest under-appreciated artist in the multiverse, both his writings and his artwork. I am, therefore, a very fortunate fellow because both of his skills are being brought to the fore at this moment in time.

Firstly he has posted another truly excellent piece on his blog, entitled "Am I My Brother's Keeper?" Here is a snippet from it that I am certain will have you popping over to his place to check the rest out.

These days, we find ourselves in a fun house world of morality where a large group of already very wealthy people committed what is probably the largest act of larceny in history, almost wrecking the global economy, and yet it is the rest of us suffering the consequences who are told to feel ashamed for our wanton ways. Our representatives go out of their way to coddle the very people who ruined us all, and meanwhile try to take away our last remaining protections against the predations of the market economy. They tell us solemnly to "take responsibility," while dodging their own responsibility for creating this whole crisis. People who keep overseas tax shelters, even in times of war and crisis, are congratulated on their patriotism. For the last 50 years, war has been left to the servants. The same people who mow our lawns, repair our cars, cook our meals, clean our homes and businesses, serve as our secretaries and care for our children and elderly, also fight our wars. "Consuela, would you please clean up that mess I made in the Middle East? Thank you dear." As in the Spanish American war, so now in our current imperial military adventures; the military who fights them is mostly made up of immigrants and the poor, "disposable people." The very idea that once prevailed in the USA since the beginning that we all pull together and do our part in times of war or crisis is now ridiculed. Soon after the deadliest attack ever on our soil, we are all told to go shopping, and that nothing will be demanded of us. In fact, after invading two countries and starting two major wars, taxes for the top income earners are cut dramatically, creating a major drop in revenue available to the military to fight those wars. Calculating that the public would be unwilling to share the full sacrifice of blood and treasure for such nakedly imperial adventures, our rulers turn to mercenaries to fill out the ranks of our over-stretched and over-worked military.

As if this is not enough, Doug's excellent series of paintings based on the passion of Christ is being serialised again over at JESUS IN LOVE, starting today. Owning one of Doug's paintings is right at the top of my "When I win the lottery" list. 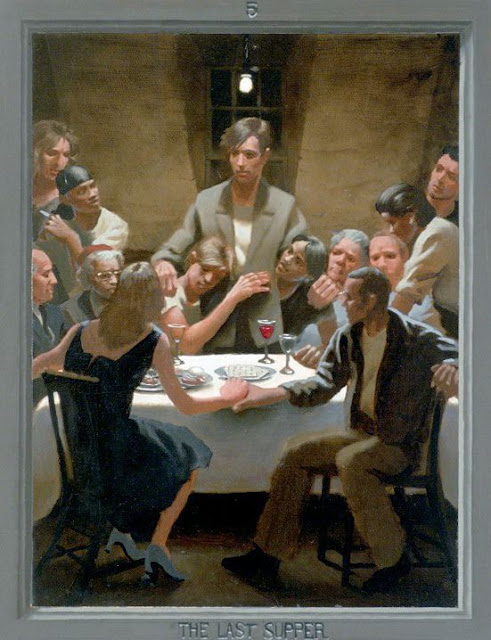 Petty Witter has posted a list of "books not to read before you die" on her PEN AND PAPER blog and is asking for other suggestions from her readers and for them to own up to which books on the list they have read. I scored quite highly having read ten of them. Pop over to Petty's place - it's great fun. 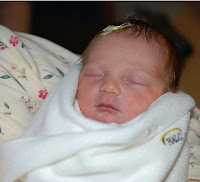 Jay Simser has posted loads more new baby pictures on his blog, BAILEY'S BUDDY. Of course, the subject is nowhere near as cute as the dogs in his life that he regularly posts photos of, but the few of you out there with maternal and paternal instincts will, no doubt, find them full of the "Ooo" factor.

The Ellie Finlay style "Joke of The Day" can
be found posted at YEARNING FOR GOD.