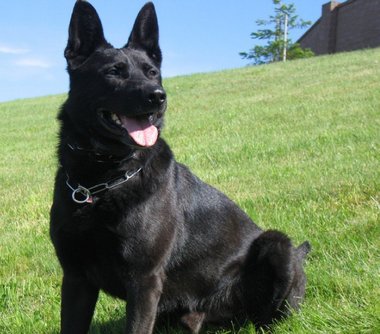 Clark County police dog, Kane, was killed in a chase Saturday. He was stabbed during a search for two people who fled from a stolen police car. He was taken to an animal hospital and later pronounced dead.

The department is planning a memorial service for Kane.

“It's like an officer being killed,” Department spokesman Sgt. Scott Schanaker said. “There's such a tremendous turnout. They have to do a lot of planning.”

Two people were arrested in connection with the incident.

People have been peppering the county sheriff's office with inquiries about making a donation towards the cost of training police dogs in memory of Kane. Details of how to do this can be found on the Oregon Live page.

Thanks to Ann Fontaine for sending in this story.