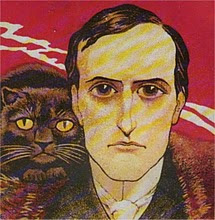 Mark blogs at ENOUGH ABOUT ME:  AN AUTOBIOGRAPHY.