Way back in 1966, at the end of my first year of teaching, I made my first visit to New Zealand. Although 23 years old I was very naive. However on this trip, due to my age and status, I found myself mixing with the type of male who I had rarely associated with as a student myself. I was closer in age to the students than I was to most of the other teachers. I found Garry very attractive, he was stunning with a wonderful smile. We became good friends. I do not know why he reciprocated the friendship. Let's just say he was very heterosexual and his world was completely new to me. I was older and had a car so could provide the wheels for many surfing trips.

He went to university and eventually married. He became a high powered executive and spent time living in Europe and the USA. We only had occasional contact and hardly any in recent years. When I was in Australia before Christmas, another classmate of his, who became a Geography teacher and kept regular contact with me over the 45 years, informed me that Garry had cancer and was paralysed. We visited him and he seemed pleased to see me. A few weeks ago I was informed that Garry was in hospital with breathing difficulties. I sent him a message and his wife told me he read it with a big smile. This morning she emailed me that Garry passed away overnight.

I have been staying home because of the red splotches on my face (caused by the ointment I am putting on it to treat the condition). I don't really want to be around people with this because it looks like something we used to call the Creeping Crud. So with all the car problems and everything else I am scarce. I am fasting tonight because i have to go in for Labs tomorrow. I will be glad when it is healed and I feel like being around people again. I have to go to a couple of meetings this next week but perhaps people will be kind and not look at me like I was contagious.

A prayer request from a friend: KAYLA SCOTT'S 22 MONTH OLD SON SHOT HIMSELF IN THE CHEST WITH A BRAD NAILER. IT WENT IN HIS HEART. HE IS NOW IN CRITICAL CONDITION AND NOT DOING WELL. NEITHER IS HIS MOM.

In a few moments I shall leave to take the funeral of Willie Jamieson. I have been friends with Willie’s son and family for years and he was a kenspeckle character.

Posted by Ha'ger Avram at THE JOURNEY OF A CONVERT:

I have a lump. I discovered it a few weeks back, and full of fear went to the Doc. After a rummage around my nether regions he informed me that as the lump is not attached to my balls, but is free moving its unlikely to be cancer. I do however need to return to the Doctor in two weeks time, and get it checked again to see if its shrunk or grown prior to going for a scan on it. My days seem to be rather obsessed with concern about it at present. In theory its all fine - but i am not a great fan of having a lump somewhere it shouldn't be.

Ha'ger is in the process of converting to Judaism. So, please, prayers to the top man only on this one.

Nine people died Saturday in new protests against a Koran burning in the US, a day after seven UN staff were killed by a mob in the worst attack on the world body in Afghanistan since the 2001 invasion. 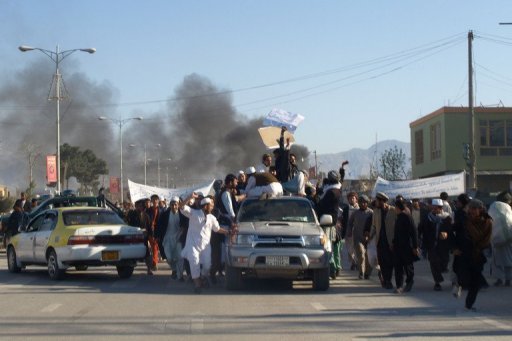 Rival forces in Ivory Coast are continuing their battle for power as it emerged that more than 800 people were killed this week in inter-ethnic violence in the town of Duekoue.

Thousands of supporters of embattled Yemeni President Ali Abdullah Saleh were gathering in the capital, Sanaa, for a rally on Saturday following a huge loyalist show of support the previous day. On Friday, tens of thousands, both for and against Saleh, took to the streets in Sanaa as negotiators struggled to revive talks to decide his fate.

Weeks of protests across Yemen have brought Saleh's 32-year rule to the verge of collapse but the United States and neighbouring oil giant Saudi Arabia, an important financial backer, are worried about who might succeed him in a country where al Qaeda militants flourish.

Thousands of demonstrators filled Tahrir Square on Friday for the largest protest in weeks, demanding that the ruling military council move faster to dismantle lingering aspects of the old regime.

Seven civilians died and 25 were hurt in a coalition air strike on a pro-Gaddafi convoy in eastern Libya, a doctor there has told the BBC. Wednesday's raid happened in the village of Zawia el Argobe, 15km (9 miles) from Brega. The strike hit a truck carrying ammunition, and the resulting explosion destroyed two nearby homes. All the dead were between the ages of 12 and 20.

An American ex-gay preacher, invited to speak in some Australian churches (Miracle Christian Center’s), is learning his message, that God ‘cures’ people of homosexuality, is not welcome in this country. One of the venues booked for his talk has withdrawn permission to use their premises. The venue originally booked was St Columbian’s Catholic College in Caboolture Queensland.

Possibly things have changed more in Australia then we realise with the principal of the school stating on their site that “St Columbian’s College is a caring, inclusive community, and we will not allow our facilities to be used by those seeking to promote views which are not in line with the Catholic Christian ethos of our community”.

A dog believed to have survived the tsunami and then three weeks at sea has been rescued Coastguards headed towards the dog after spotting it on the floating roof of a house that had been washed out to sea, about 1.1 miles from the coast of Kesennuma in the north-east. A rescue team scrambled on to the roof and attempted to capture the canine. But the brown dog thwarted their efforts by running away over the large roof and surrounding rubble. The chase lasted for several hours before the elusive animal was finally caught, wrapped in a blanket and carried on a stretcher aboard the rescue boat. Initially, the dog seemed nervous and wary of the coastguards but once it was comfortably ensconced on the boat it quickly warmed to its captors and was soon licking their hands. 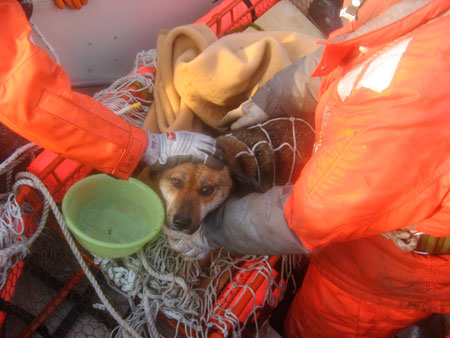