Violence broke out on the streets of Lambeth today following the public burning of a copy of the Anglican Covenant by militant, liberal blogger, Leslie Chaps. Following morning prayers the Grand Tufti was witnessed running out of his palace shouting that hundreds of copies of the sacred text had been burnt by revisionist, Satan worshipping oiks, many of whom had not gone to either Oxford or Cambridge University and who were obviously the wrong sort of people. This resulted in clergy loyal to the Tufti walking casually towards Vauxhall Bridge shouting "Bad show!" and chanting "The Tufti is a real nice man and we don't want to upset him!"

In the ensuing carnage, three London pigeons were frightened off their perch on the Lambeth Palace walls and a little old lady was trampled to death as over 500 "middle of the road" Church of England vicars attempted to help her across the road. 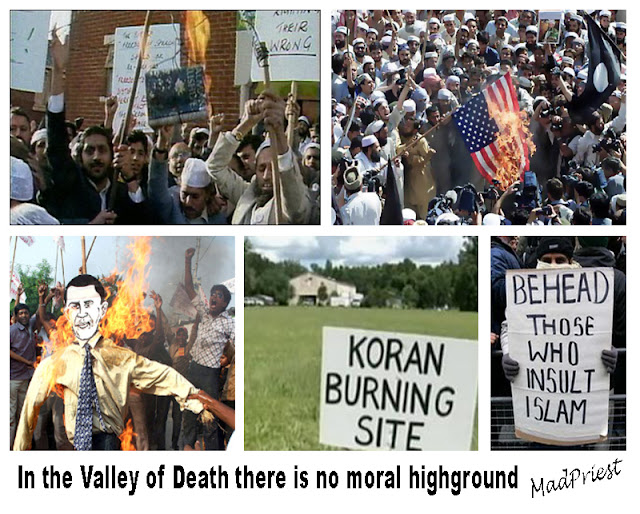