The inscription on June Cameron's family prayer book commemorates her aunt's confirmation at St Clement's Anglican Church in Marrickville in 1910. She was married in the Gothic Revival-style church. So was her daughter. Now the Family Firm has insisted that she leaves her family's church.

''It's sort of devastating, all of a sudden. To have them do this,'' she said. ''It isn't just the church's history - it's blooming well mine. And that's what I object to.''

Mrs Cameron was part of the congregation at St Clement's moved out of the historic building last month, when its Sunday prayer book service was replaced with an ''informal'' service held in a shopfront next door. For many among the congregation it was yet another sign that church leaders viewed them as incompatible with the future envisioned for St Clement's, which would aim to increase attendance by restyling the parish to suit a modern congregation.

Other groups, including a flourishing Chinese congregation and a church plant, that joined the parish in 2009, hold their services in the church.

The organist of 35 years was told in January her services were no longer required; the parish recently added a new jazz group.

Last month the cultists, who have taken over the parish council, submitted a development application to Marrickville Council - with the approval of the diocese - to remove the pews to increase space ''for standing, dancing and singing-style congregations''. The application suggested the baptismal font could be moved to accommodate a cafe.

The Archdeacon of Liverpool, Ian Cox, said the parish was seeking new ways to connect with the community and its decisions were no different to those being made in other suburbs." 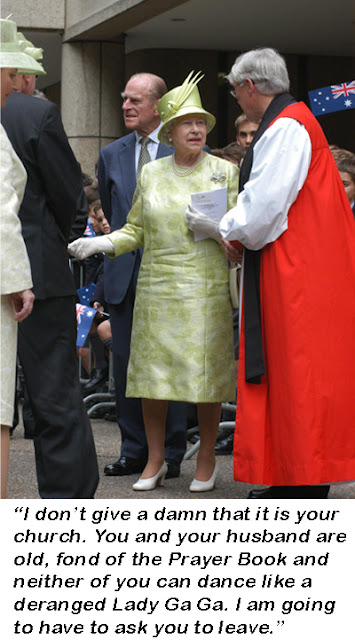